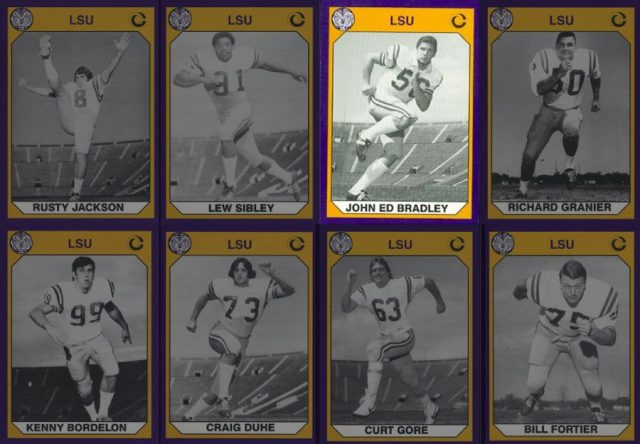 You should’ve seen my father’s arms. He didn’t lift weights or do push-ups or exercise them in any way, and yet they were packed tight with muscle. When I was a boy and he lifted his highball in the evening for a sip, a round knot the size of a softball came up under the skin and slowly flattened out when he lowered the glass back down. I loved his arms so much that I memorized every vein, sinew, and golden hair. I knew the wrinkles of his elbows.

In the summer, when he worked for the city’s recreation department, supervising the baseball program at the park, Daddy liked to come home for lunch and a nap. He had lemonade and a BLT, then he had me lie close to him on the sofa, and he draped an arm around me. “One … two … three … ” he’d count in a whisper, and then he was out, sleeping that easily.

I lay there wondering if I’d ever have arms like his. I needed both hands to travel the distance around his wrist, the tips of my thumbs and fingers barely touching. I felt the hardness of his forearm. I saw how his wedding band fit him like a strand of barbed wire on a tree whose bark had grown around it. He smelled of the grass and the sun, of green and gold days that started early and ended late.

“Were you a good player?” I asked him once as he was coming awake.

“You want to know if I was a good player?”

“What kind of question is that?”

“I don’t know. Did they run your name in the paper a lot?”

He looked at me in a way that let me know he wanted my attention. “None of it matters, John Ed. Was I a good teammate? Did I do my best and give everything I had to help the team? These are the questions you need to be asking.”

I wondered how to answer them, these questions he found of such importance. Many years would have to pass before I was old enough to join a team. He pulled me close again, as if he’d just remembered something. “John Ed?”

The rest of the year he worked as a civics teacher and coach at the high school in town. The town was Opelousas, on the road between Alexandria and Lafayette, and it was just small enough, at about twenty thousand, to be excluded from Louisiana state maps when TV weathermen gave their forecasts in the evening. In the morning, my father left home wearing coach’s slacks with sharp creases and a polo shirt with a Tiger emblem and the words OHS FOOTBALL printed in Halloween orange on the left breast, the lettering melted from too much time in the dryer. A whistle hung from a nylon cord around his neck. It was still hanging there when he returned at night and sat down to a cold supper—the same meal Mama had served her children hours earlier. “You don’t want me to warm it for you, Johnny?”

Sometimes in the afternoon, Mama drove me out to the school. She parked under the oak tree by the gymnasium, pointed to where she wanted me to go, and I walked out past a gate in a hurricane fence to the field where my father and the other coaches were holding practice. Four years old, I wore the same crew cut that my father wore. I stumbled through tall grass and out past the red clay track that encircled the field. At home, my father didn’t raise his voice, but here he seemed to shout with every breath. A team manager took me by the hand and led me to a long pine bench on the sideline. I sat among metal coolers, spare shoulder pads and toolboxes crammed with first aid supplies. I waited until the last drill had ended and the players came one after another to the coolers for water the same temperature as the day, drunk in single gulps from paper cups shaped like cones. The players took turns giving the top of my head a mussing. “You gonna play football when you grow up?”

Already I was certain that no one mattered more than a coach. I would trade any day to come for a chance to be that boy again, understanding for the first time who his father was. Give me August and two-a-days and a group of teenagers who are now old men, their uniforms stained green from the grass and black with Louisiana loam. Give me my father’s voice as he shouts to them, pushing them harder than they believe they can go, willing them to be better. Give me my father when practice is over and he walks to where I’m sitting and reaches his arms out to hold me.

From It Never Rains in Tiger Stadium.