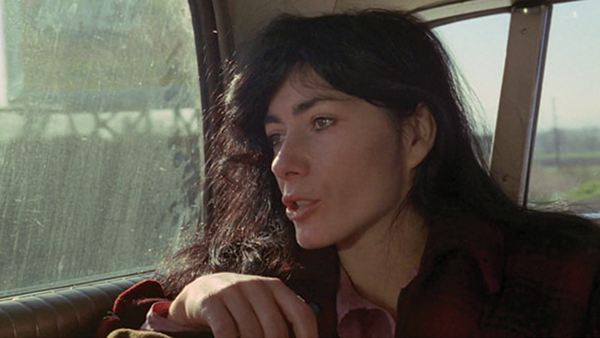 It used to be that if a place were the hippest and innest and most likely to attract major beauties and stars of our generation, like Helena’s when it opened three or four years ago, you couldn’t keep me out. I mean, I’d move there. Nothing makes a me feel worse than knowing I’m missing the right party.

And yet I’ve never felt that way about Helena’s. In fact, I have never even been to Helena’s. I mean, I don’t even know where, downtown, it is.

All I know about it is that it was a huge triumph the minute it opened and that everybody who’s anybody living in Los Angeles or anybody from, say, New York who’s attempting to see what’s really going on in “this town” wants in. But even the few times when that great Christian Ed Begley Jr. offered to take me to Helena’s, I never lashed myself to his side securely enough to wind up there. It’s as if I have an aversion to seeing Helena if all she’s going to do is run a nightclub. I mean, why would anyone, in my opinion, go see Helena if she’s just going to stand there?

You see, I have already spent my passion for traipsing after her. There were days when I would show up anywhere I knew she might be just to watch her move. I was in love with her body, her eyes, the rose tattoo on her shoulder….

The first time I saw Helena I was just sixteen. My mother and some of her friends dragged me to this peculiar event in Laurel Canyon—an event that entailed paying $2 to go to a party to enable some girl to get her car fixed. Or a new car. Or something to do with a broken car, a girl, and money.

“There’s going to be music,” my mother said, “and dancing. You’ll be able to see Satya dance.” Satya was this Hindu Brahman from Delhi who ran a restaurant half a block from Paramount, and he was famous in India for his dancing. And since all you ever had to say to me was that someone great was going to dance and I’d be there, I overcame my terror at being seen with my mother and went.

Helena was everything every tragedy of Medea has ever been—but she was alive, a girl in Laurel Canyon, getting her car fixed.

There were maybe a hundred people in this abandoned house in Laurel Canyon on Kirkwood. It was not a Hollywood crowd—but then in those days there was this sort of beatnik/cultural mixture of people who cared about something other than the movie business (while waiting to get into the movie business, if you see what I mean). There were old cars parked up and down Kirkwood, and from outside I could hear a Greek band.

“She’s going to dance,” someone told my mother.

“The girl whose car it is.”

Satya danced first (to a record); there was a red dot on his partner’s forehead, a black one on his, and greasy black eyeliner on both. They were really very silky and yet all corners—Indian dancing is all knees, elbows, and heels—but the crowd was really buzzing and humming in anticipation of the girl whose car it was. Then a wild note from the oud pierced the air, a feeling of “at last” hit the crowd, and from the kitchen, through wretched torn curtains, a blinding flash of red began tornadoing out into us. People leaped backward.

The girl had this black hair that came down to her waist like a cartoon cloud; she had this white skin on a body so taut and undulating that the red chiffon skirt had trouble keeping up; she had little cymbals on her fingers, clashing against the dreariness of the day, clashing away. Her face was covered by the red veil, but her eyes were mad with remembered violations, unmet complaints. The oud was going wild with inspired lust. Slowly, the veil fell away, and I just about stopped all bodily functions. The girl was looking at us with such naked contempt it was an art form. She was a reason to give up paradise.

Then she stood on the balls of her little white feet, lowering herself backward until her hair spread out behind her on the floor like Ophelia floating downstream—only this was an Ophelia who would have spit at Hamlet. She was a snake, a fire snake—the snake that’s gonna get that eagle in the flag of Mexico, just when it thinks the snake is dead. She was like that line from the old Coasters song “Down in Mexico,” where suddenly the lead vocalist’s voice breaks in half and he moans, “…and then she did a dance like I never saw befo’.”

And suddenly that moment in Laurel Canyon was filled with money. Money cut through the air like soft gray-green leaves—mixing with the dry leaves of fall. Helena stuffed bills into her costume, but she didn’t stop. I, who had $3, gave her $3. The air was hot and filled with money, oud music, retsina fumes, people hypnotically chanting, and Helena’s contempt—Helena, the violated Medea ready to kill her children on a matter of principle. The Medea who gave her husband’s fiancée a cloth that turned into flames when the girl put it on. The Medea who killed her own brothers to help Jason escape with the Golden Fleece. The Medea who, after killing her children and making Jason pay, was sent a deus ex machina to get her away from Corinth. The Medea who escaped to Athens, where she married a king named Aegeus and caused a lot more trouble.

Helena was everything every tragedy of Medea has ever been—but she was alive, a girl in Laurel Canyon, getting her car fixed. And if this took mesmerizing us into cosmic shock, then so be it.

Helena’s dancing so overwhelmed me with awe and happiness that when I heard later that she was at a place on Hollywood Boulevard called the Greek Village, I dragged every date there and made him pay clip-joint prices so I could see the girl move. The same oud player and band were there, and as far as I was concerned, this was it—even though people in the clip joint on Hollywood Boulevard didn’t get it the same way they did in Laurel Canyon.

I heard later that Helena was married to the oud player, and once, when I was doing my sheets at a laundromat on Bronson, I saw her there—with the oud player—doing laundry.

She acted as if this compliment were ruining her day; what was she supposed to do—thank me? She just shrugged and threw stuff into the drier. It was perfect.

Then, suddenly, Helena was in the movies. She scared people to death in Five Easy Pieces, talking nonstop in the backseat. And when she played that mean bitch in Kansas City Bomber, trying to do in Raquel Welch, I hated seeing it because people who saw her might have taken this for the real Helena, rather than the one in the red costume. But when she decided to take the roller-skating thing into society, renting the Reseda Roller Rink and inviting enough of the right people to make all the wrong people sick with envy (I got invited, thank God), her skating was so gorgeous that I felt relieved. No one who saw her skate—her discipline and passion and beauty—could mistake her for anything but what she was: an artist. The art of motion. Medea on skates.

Helena’s body is taut and dancer-perfect, her black hair is a cloud like Ophelia’s, her shoulder has the rose tattoo, her eyes are filled with smoldering contempt.

When roller skating became so big that she couldn’t keep the riffraff out, she decided her own club would be best. And after some wear and tear on those around her, from what I’ve heard, she had her way. And so Helena’s came to pass. And she became queen of all she surveyed and even scarier than before.

About a year ago, this friend of mine—a man—was invited to Ed Ruscha’s fiftieth-birthday party. This event was the hippest, innest type of occasion, held in Ed Janss’s house, which is the size, I’ve heard, of an airplane hangar but filled with art instead of DC 3s. Le tout L.A. was there—Michelle Phillips, Timothy Leary (can you imagine?—just when you think you’ve seen everything, Timothy Leary becomes a hip insider). It was a grand meeting of the glamorous survivors up to and including Francis Ford Coppola’s producer, Fred Roos, who arrived with a date. And his date was Helena.

According to my friend, Helena was dressed in a white dress so well fitted a girl of nineteen might feel it showed her flaws. But Helena’s body is taut and dancer-perfect, her black hair is a cloud like Ophelia’s, her shoulder has the rose tattoo, her eyes are filled with smoldering contempt. She was, as always, herself. No flaws.

“How’s it going, Helena?” my friend asked, not wanting in any way to arouse in her more indignation than is normal in just plain, everyday Helena-at-a-party.

“You don’t like where the club is located now?”

“No, no,” she said, “it’s too far away. I need something more in West Hollywood, where you don’t have to drive so far. Someplace big.”

“Oh,” he said. Obviously, being queen of all she surveys in the place she has now is no longer enough, and if it were she’d be mad anyway because people would think she couldn’t complain—and God knows she doesn’t want anyone to get off that easily. I mean we might just think we could relax and go on a picnic, just when something came up demanding our obedience.

I mean, if anyone told me—when she opened her club downtown, where no one in L.A. had ever been except to go to court or renew a passport—that suddenly that entire body of the population whose every move is the envy and focal point of most others, who think being in the right place at the right time with Harry Dean Stanton is what life’s about, if she could drag them all the way downtown, well, anyone else would rest on his laurels.

She got them down there without moving so much as a shoulder blade, just the you-better-do-this-for-me-right-now-or-else about her got demographics to shift. But now that she’s queen of Athens, I don’t know….

For me, I’ve gotta have more than Harry Dean.

If I’m going to follow Helena around, I want her to wrap a packed roomful of afternoon-in-gray-heat people around her torso, atop a lust-racked oud. I want the red veils, the gold coins, the oud, the money, money, money. I mean, Helena sweeping out from behind the wretched torn curtains—a blaze of Medea red—the Helena of “…and then she did a dance like I never saw befo’.”

For that I would go anywhere.