Death of a Racehorse 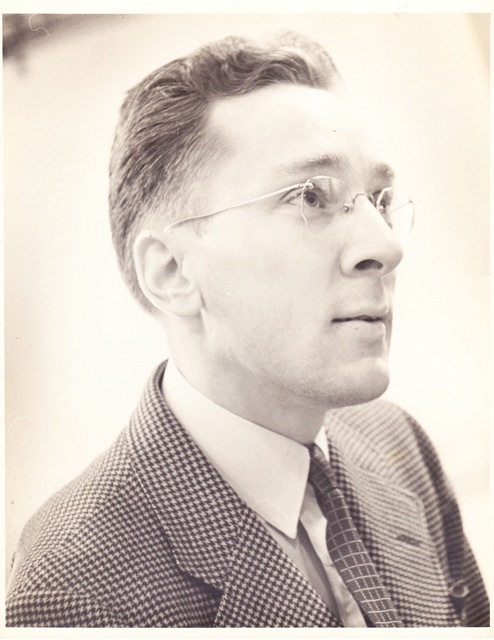 They were going to the post for the sixth race at Jamaica, two year olds, some making their first starts, to go five and a half furlongs for a purse of four thousand dollars. They were moving slowly down the backstretch toward the gate, some of them cantering, others walking, and in the press box they had stopped their working or their kidding to watch, most of them interested in one horse.

Assault, who won the triple crown … making this one too, by Bold Venture, himself a Derby winner, out of Igual, herself by the great Equipoise … Great names in the breeding line … and now the little guy making his first start, perhaps the start of another great career.

Down below they were roaring for the rest, coming down the stretch now, but in the infield men were running toward the turn, running toward the colt and the boy standing beside him, alone. There was a station wagon moving around the track toward them, and then, in a moment, the big green van that they call the horse ambulance.

“Gorman was crying like a baby,” one of them, coming out of the jockey room, said. “He said he must have stepped in a hole, but you should have seen him crying.”

“It’s his left front ankle,” Dr. J.G. Catlett, the veterinarian, was saying. “It’s a compound fracture; and I’m waiting for confirmation from Mr. Hirsch to destroy him.”

He was standing outside one of the stables beyond the backstretch, and he had just put in a call to Kentucky where Max Hirsch, the trainer, and Robert Kleber, the owner, are attending the yearling sales.

“When will you do it?” one of them said.

“Right as soon as I can,” the doctor said. “As soon as I get confirmation. If it was an ordinary horse I’d done it right there.”

He walked across the road and around another barn to where they had the horse. The horse was still in the van, about twenty stable hands in dungarees and sweat-stained shirts, bare-headed or wearing old caps, standing around quietly and watching with Dr. M.A. Gilman, the assistant veterinarian.

“We might as well get him out of the van,” Catlett said, “before we give him the novocaine. It’ll be a little better out in the air.”

The boy in the van with the colt led him out then, the colt limping, tossing his head a little, the blood running down and covering his left foreleg. When they saw him, standing there outside the van now, the boy holding him, they started talking softly.

“It’s a funny thing,” Catlett said. “All the cripples that go out, they never break a leg. It always happens to a good-legged horse.”

A man, gray-haired and rather stout, wearing brown slacks and a blue shirt, walked up.

“Then I better not send for the wagon yet?” the man said.

“No,” Catlett said. “Of course, you might just as well. Max Hirsch may say no, but I doubt it.”

“There’d be time in the morning,” Catlett said.

“But in this hot weather”—” the man said.

They worked quickly, the two vets removing the broken bones as evidence for the insurance company, the crowd silently watching.

They had sponged off the colt, after they had given him the shot to deaden the pain, and now he stood, feed- ing quietly from some hay they had placed at his feet. In the distance you could hear the roar of the crowd in the grandstand, but beyond it and above it you could hear thunder and see the occasional flash of lightning.

When Catlett came back the next time he was hurrying, nodding his head and waving his hands. Now the thunder was louder, the flashes of lightning brighter, and now rain was starting to fall.

“All right,” he said, shouting to Gilman. “Max Hirsch talked to Mr. Kleberg. We’ve got the confirmation.”

They moved the curious back, the rain falling faster now, and they moved the colt over close to a pile of loose bricks. Gilman had the halter and Catlett had the gun, shaped like a bell with the handle at the top. This bell he placed, the crowd silent, on the colt’s forehead, just between the eyes. The colt stood still and then Catlett, with the hammer in his other hand, struck the handle of the bell. There was a short, sharp sound and the colt toppled onto his left side, his eyes staring, his legs straight out, the free legs quivering.

That was all they said. They worked quickly, the two vets removing the broken bones as evidence for the insurance company, the crowd silently watching. Then the heavens opened, the rain pouring down, the lightning flashing, and they rushed for the cover of the stables, leaving alone on his side near the pile of bricks, the rain running off his hide, dead an hour and a quarter after his first start, Air Lift, son of Bold Venture, full brother of Assault.