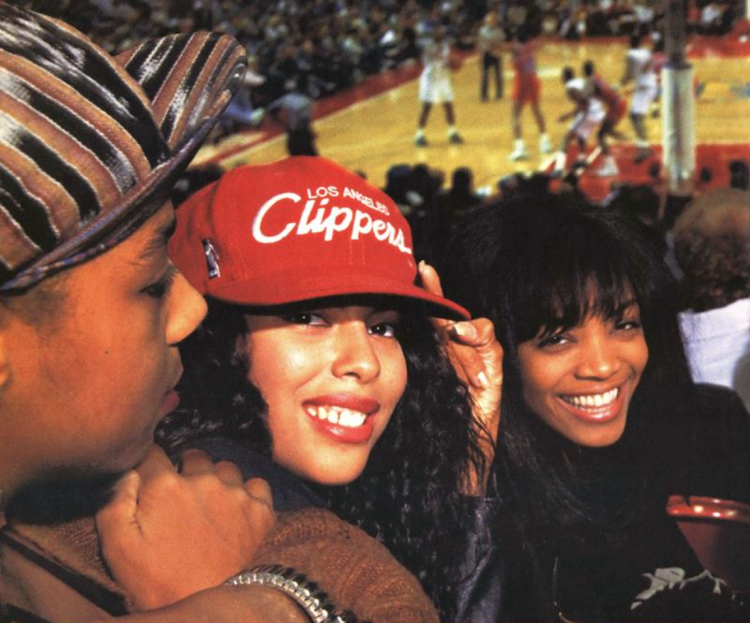 This week marked the anniversary of Magic Johnson’s 1992 return to the NBA after having retired the previous fall, when he announced he was HIV positive. He turned in a triumphant, dramatic performance at the All-Star Game, scoring 25 points and winning MVP. But just beneath the surface, the fear of AIDS was inescapable, especially for NBA groupies.

These women—confident, unapologetic, fierce—are brilliantly brought to life in E. Jean Carroll’s 1992 feature, “Love in the Time of Magic.” Carroll, the longtime sex columnist for Elle, took some time out to talk to us about what makes the story still relevant today, how women have become more like men and vice versa, and why she’s protesting Valentine’s Day this weekend.—Alex Belth

Alex Belth: How did this story come about?

E. Jean Carroll: Rob Fleder was managing editor of Sports Illustrated. He watched the press conference where Magic Johnson announced he was HIV positive, which was like the moon landing—it was some event! Minutes after it was done, Rob called me and assigned the piece.

AB: What did he say? Go to L.A. and talk to Lakers groupies?

EJC: No, we needed an in. I couldn’t just go. It would have taken weeks to know who the right girls were. What Fleder did was put me in touch with an NBA player who became my Deep Throat, and that guy put me in touch with [groupie] Robin Power and she chose the girls for me. Rob put me up at the Chateau Marmont—those were the days! You can’t stay at the Chateau Marmont anymore as a journalist.

I was out there a long time, probably two weeks. Came back, wrote the story, turned it in, Rob loved it. Sports Illustrated refused to publish it. So Rob called—this is what was so nice—Terry McDonell, editor of Esquire, so it went to Esquire. Which is where it should have gone in the first place.

AB: You couldn’t do a story like that today, right? In the age of Twitter it’d just be picked apart for all the salacious quotes. People are too canny now.

EJC: Boy, are they canny. They’d be Instagramming the shots of me doing the interview.I love the opening photograph of the girls [in Esquire—pictured above]. They had so much trouble finding pictures of [Shânn] Johnson that were not pornographic, because they shot her in the gym as she was working out. And her little outfit completely outlined every sexual organ she had on her body.

AB: What surprised you most in doing this story?

EJC: I was amazed at the amount of name-dropping: Eddie Murphy, Iron Mike, Tone-Loc, name after name being dropped. And Robin said, “I believe she’s sucking some dick!” One of the great lines. And Robin’s thing about Magic Johnson—he’d never have sex before a game.

AB: Did you hear from any of the women after the article was published?

EJC: The young mother [Saralyn Boyd] and Robin Power. They did not like the fact that I mentioned they were dancing in a club. Everything else was fine, but they did not want in there that they were making $100 a night taxi dancing.

AB: Did you regret putting it in?

EJC: No. Because under the shimmer of glory they were living was a great deal of sadness at how you actually earn your money in L.A. It’s not fun. Underneath the story was a vast deal of sadness. I haven’t read it since I wrote it. These girls, Jesus. They objectified men just like men objectify women today. They were about five minutes ahead of their time.

AB: So, any plans for Valentine’s Day?

EJC: I’m having a rally against Valentine’s Day in Washington Square Park at 5 p.m.

AB: And what are you protesting, exactly?

EJC: People telling us that this is a sexy day. That makes it un-sexy! I’ve had it up to here with Valentine’s Day. It’s got you all in a twitter about what you’re going to get your wife or whether she’s going to hate it—that shouldn’t be. You should just go make out with her.