Have I Got Glamour? 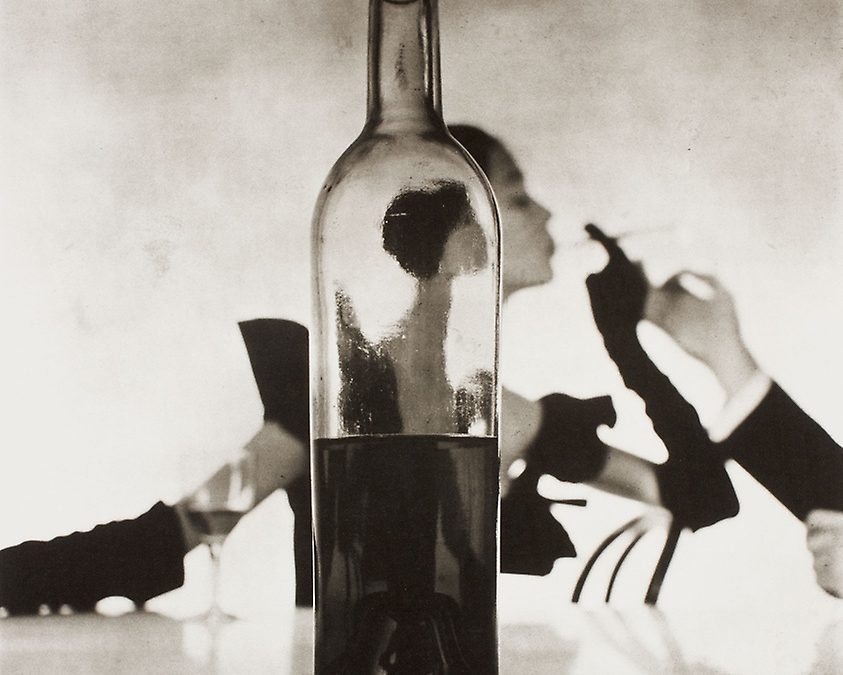 A short time ago I had occasion to look into my magic mirror, which I had bought from a secondhand fairy godmother but had never gotten around to hanging up on account of the walls in my apartment were made of brick and if you tried to drive a nail into them, all that happened was that a lot of plaster fell down and then the nail folded up like an accordion. But now I have moved to a new apartment where, on the contrary, the walls are made of paper (well, variety is the spice of life, I always say) so that if you try to drive a nail into them, you go right through with it and find yourself sitting down to breakfast with the people in the next apartment and you’ll just have to take pot-luck, as of course, they didn’t exactly expect you.

Anyway, what with some old twine, china cement and a couple of thumb tacks, I managed to get the mirror up, and then I thought, well, now it’s up, there is no use shilly-shallying around any longer. I might just as well give it the business. So I approached it head on, stood stock still, and addressed it in clear, firm, ringing tones.

“Mirror, mirror on the wall, who’s the fairest of them all?” I said.

The answer came back in equally clear, firm, ringing tones.

I could hardly believe my ears. This was pretty discouraging, I can tell you, and for days afterward I sat around in a blue funk. “That secondhand fairy godmother is a dirty old double-crosser,” I said to myself.

Here I have spent years and years of my life trying to be glamourous and what have I got for it? Just a magic mirror that thinks it’s funny.

All you hear these days is glamour, glamour, glamour, and God knows I have worked like a beaver at it. Apparently, to no avail. What is the answer? What, for instance, has Hedy Lamarr got that I haven’t got? I mean, outside of money, youth, beauty and Gene Markey?

When I think back over the long years of struggle, I realize that it all started in my early youth. I have always been a great one for self-improvement. At first it was books which influenced me. When I read Elsie Dinsmore, for example, I suddenly went around the house announcing that from then on I would sing nothing but hymns. This was a little startling to my family, who up to that time had never known me to sing anything and didn’t much care. (Secretly, I thought Elsie was something of a fool for not giving in when her Papa offered her that beautiful pink satin bedroom, plus a big pink basket full of angora kittens.) That was as nothing, however, to their embarrassment when I finally reached Ben Hur and decided I was a leper, with the result that when anyone came to the house to call, I slunk cringingly past them, calling out shrilly, “Unclean! Unclean!”

Later in my life, it was the movies. Every picture I saw left me with the profound impression that I was an exact replica of the star therein, and acting accordingly. If it had been Garbo, I strode broodingly around with furrows of pain on my brow, talking in deep, guttural tones. If, on the other hand, it had been Luise Rainer, I was all fragile and frightened, with fluttering hands and eyes. And so on. I was sinister, I was nervous, I was straightforward, I was gay, I was elusive—all in turn. This was extremely confusing to my friends. Still and all, despite my best efforts, I never be came known as a Glamour Girl.

Of later years, my inspiration has been found in magazines and advertisements; and I may say, with all due modesty, that I have shot the works. I am ever hopeful, hell-bent on glamour’s trail, and I will do anything. For months, I brushed my teeth with bicarbonate of soda, which makes me deathly ill to my stomach, because I read that that is the way the Parisian beauties do it. Anything I ever hear of being done by a movie star or a famous beauty, I do, too. It keeps me pretty busy. Ice on the face. No ice on the face. Never use soap and water without using cold cream first. Never use cold cream without using soap and water first. Scrub the face with a stiff brush. Never touch the face with anything rougher than cotton batting. Egg on the face. Beet-juice on the face. Mud on the face. Hi-diddle-diddle.

Once I bought a famous soap and a booklet of instructions for special treatments for different types of skin. I went right through the book like a homing pigeon. Each night, I did a different treatment until I had tried them all—oily skin, dry skin, blackheads, whiteheads—all the way up to severe cases of acne. Still I wasn’t glamourous.

Then I read an article which said you must first study your skin. Well, that sounded reasonable. Buy a shaving mirror, it said, and look in the other side. You know, the side that magnifies. So I did, little knowing the horror that was in store for me. I went out and bought the mirror, and the first time I looked at it, I almost fell into one of my own pores. Could this be a face? It looked more like a bas-relief map of Asia Minor.

I was fascinated by myself until I walked down the street without a hat one day and heard someone say, “Look quick! There goes Harpo Marx.”

I was really frightened. Something must be done. All my home relief treatments hadn’t been worth a row of pins. A monster like me must no longer be allowed to prowl the streets, scaring the wits out of little children. Nor would I stop at my face. Oh no, I would change my whole type. At last, I would be really glamourous. I could hardly wait.

That was a year ago. Since then, I have tried everything but a Benda mask. I went to a famous hairdresser who “sculptures” your hair, and put myself in his hands. “Change me,” I said. “Make me glamourous!”

Well, I hate to tell you how it came out, but I will. He cut long, straight bangs which came down over my eyebrows. Then he took all the rest of my hair and pulled it skin-tight back into a little knot at the back of my head, leaving my ears (which, when I was a baby, my mother used to stick back with adhesive tape in a vain attempt to make them less conspicuous) waving wildly in the breeze. Then he stuck on long, false eyelashes and turned me loose. I looked like an old Irish Irene Bordoni.

The next beauty specialist I tried suggested a French rinse. “What’s that?” I asked hopefully, as chipper as a cricket. “Oh, it just brightens up the hair a little,” he said. So I had a French rinse and my hair cut in short curls all over my head. I went home and my mother took one look at me and began to cry. “Oh, oh,” she wailed, “the baby’s dyed her hair.” My stepfather said I looked like a kept woman. Well, I thought, after all, they are the older generation. What do they know of Glamour? Personally, I was fascinated by myself. That is, until I walked down the street without a hat one day and heard someone say, “Look quick! There goes Harpo Marx.”

Perhaps, you may say, the answer is not my face or my hair. Perhaps all I lack to be glamourous is a change in my mannerisms or my voice. You’re wrong again. I tried that. It was when I was working on a magazine, and I decided that I would develop a lot of charm. I gave it quite a little thought, and then I made up my mind to spring my new personality on the others at our regular weekly office luncheon. Instead of my usual breezy and somewhat noisy self, I sat quietly through the luncheon, imbued with what I thought was great dignity. On the few occasions when I did venture to speak, my voice was low, but silvery, and I waved my hands gracefully in delicate gestures. We had an art director who was a foreigner and I was sure that he, of all people, would certainly be impressed by my old world charm. It was, I remember, at the moment when I poured his tea for him, inquiring gently, “Cream or lemon?” that he turned with a puzzled look to the others at the table and asked abruptly, “What’s the matter with Mrs. Norden? Don’t she feel good?”

It has always been like that. But I have never given up hope before now. Not even last winter when I bought that horribly expensive perfume which, according to the advertisements, was so seductive that all you had to do was put on one drop and walk through a room and all the men present went mad with desire and lay down like a carpet. It was supposed to be a tawny, subtle odor—ineffably foreign. Well, I put a lot on one night and waited breathlessly for my young man to call for me. When he came into the apartment he didn’t seem to react properly at all, so I asked him gaily, “Don’t you smell anything?” He sniffed anxiously for a moment and then his whole face lit up with delight. “Ummmm!” he said. “Brussels sprouts!”

So, as you can see, my whole search for glamour has been just one setback after another. Meanwhile time’s a-wasting. Other people get glamourous, with a new hair-do or a different makeup. I’ve seen it with my own eyes. Why can’t it happen to me?

You say I’ve been going about it the wrong way, just trying everything, with no rhyme or reason? Well, what about it? What’s that? There’s a new magazine out that tells you just how? And it’s called Glamour? Boy, saddle my Arabian charger! I’m off to the nearest newsstand.

[Editor’s Note: This piece originally appeared in Town & Country in the early 1940’s. When I locate the exact date I will update accordingly. Also, the piece appeared under Helen’s maiden name, Helen Brown Norden, though she is better known under her married name, Helen Lawrenson.]