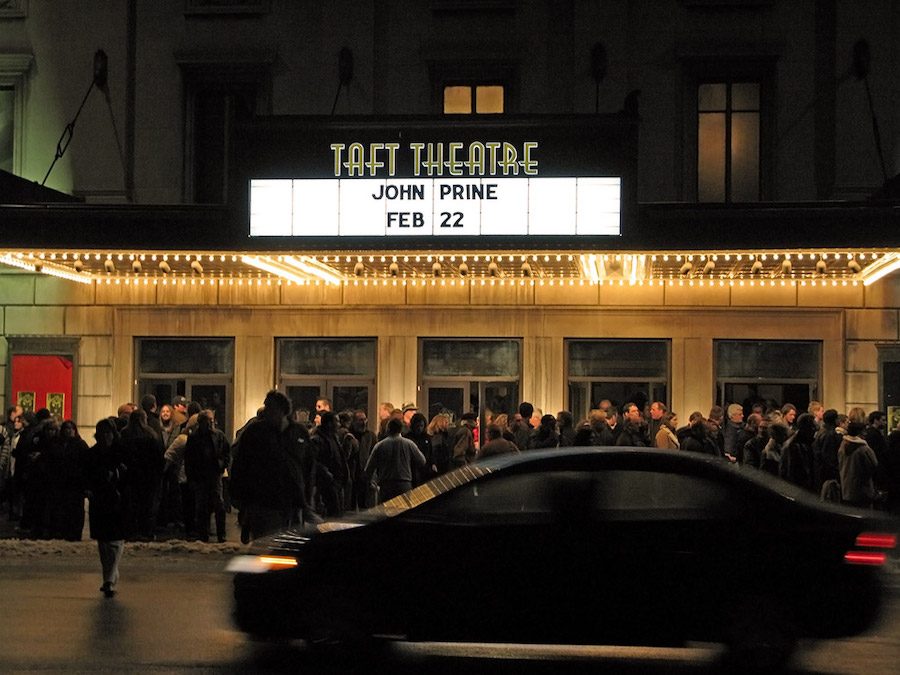 When I heard that John Prine lay dying in a Nashville hospital, I couldn’t help wondering if he had found time beforehand to fill out his 2020 census questionnaire. It was hardly the kind of reverent thought the moment called for, but Prine might have appreciated it anyway. The songs he leaves behind—part folk, part country, always distinctively his—suggest a whimsical streak as wide as an interstate. There never seems to be anything that could keep a corkscrew smile from working its way back onto his face even if he just finished singing a song that summoned a teardrop.

Prine moved at his own pace in music as in life, a sly craftsman who wouldn’t let a songwriting session run so long that his favorite diner might be out of meatloaf by the time he got there for lunch. His was a grace under pressure that he practiced 24 hours a day. As I once heard him tell a concert crowd, “Here’s a song I wrote at four in the morning because I had to record it at 11 and I didn’t want to be late.”

Behind that what’s-the-rush pose, however, there was an artist who cared deeply about the songs he left us when checkout time arrived yesterday after his weeklong battle the coronavirus. The clerical minutiae that accompanies his death—age 73, twice a cancer survivor, no one lives forever—only gets in the way of our trying to understand how he became an icon of Americana music by writing songs like “Sam Stone,” “Hello In There” and “The Speed of the Sound of Loneliness.” Songs that define the genre and should be sung as long as there are troubadours who embrace the human condition.

The roots of Prine’s raising could be found on the radio his father always listened to at home. It seemed to play Hank Williams all day, every day, giving the elder Prine a chance to forget he was raising a family in Maywood, Illinois, just west of Chicago. He yearned to be back in his native Kentucky, and young John, whose powers of observation would become his trademark, soon realized the way to his father’s heart was a cheap guitar and all the Hank Williams  songs he could memorize.

It could have been the end right there, under his father’s approving gaze, but the great three-chord songs he was singing—“Your  Cheating Heart,” “You Win Again”—became an inspiration for Prine to write songs of his own when he was a mailman. He took to scribbling stray lyrics every time they came to him, on any scrap of paper he could find. Sad or silly, witnessed or woven from whole cloth, it didn’t matter. He would use as many as he could whether he was writing at home or squeezed into a mailbox on his lunch break. But it wasn’t enough for him to practice them in front of a mirror. He needed the ultimate litmus test for any performer: a live audience.

The songs he leaves behind are a comfort, a source of cheer, a window to specific times in American life and a testament to the breadth of his talent.

He found one at an open-mike night at Chicago folk club called the Fifth Peg, though how live the audience was remains a subject of debate more than 50 years later. There was a drunk—there’s always a drunk—and a couple of lost souls who had come in to get out of the cold. But the only ears that mattered belonged to the joint’s owner. He gave Prine a weekly gig—and a terrible fright.

All Prine had were the handful of songs he’d already sung. He couldn’t sing them over and over for an hour and expect to be around long, so he headed home and got busy writing a half-dozen more. He was still polishing them when his brilliant, leukemia-doomed pal Steve Goodman showed up at the club, dragging Kris Kristofferson with him. Kristofferson didn’t need to be convinced to stay, or to give Prine his seal of approval. A week later, Prine was in New York with a recording contract and visual proof of how much his life had changed: “I saw Stevie Wonder eating an ice cream cone.”

But it was Prine himself who made the 1971 album that made his career. Called simply John Prine, it wasn’t just all right or even good. It was perfect. A classic. A CD of it sits on my desk as I write this, and no matter which song title I look at, I am ready to sing along. Lyrics come back to me like old friends. The occasion is a sad one—the passing of their creator—and yet the songs he left behind are a comfort, a source of cheer, a window to specific times in American life and a testament to the breadth of his talent.

I am awed by “Sam Stone” not just for the unvarnished picture Prine draws of a GI turned junkie—“There’s a hole in daddy’s arm where all the money goes”—but for the devastating melancholy of the song’s last line: “sweet songs never last too long on broken radios.” I am grateful for the laugh the dancer in “Spanish Pipedream” provides: “I knew that topless lady had something up her sleeve.” I remember too well the army barracks he describes in “Donald and Lydia”: “Bunk beds, shaved heads, Saturday night / A warehouse of strangers with 60 watt lights.” I ache for “Far From Me’s” young lover as he comes face to face with the truth: “Ain’t it funny how an old broken bottle looks just like a diamond ring?”

And I could sift through the songs Prine wrote for almost all the other albums he recorded over the years and find similar gems. If I didn’t know better, I might think I’d stumbled into a master’s class in literature or poetry instead of the archives of a Nashville hero who claimed that after he wrote an album’s worth of songs, he liked to take a couple of years off. But Prine put the lie to his laze-about image by coming back from cancer to cross the finish line with two stellar albums, In Spite of Ourselves, a collection of duets with his favorite female singers, and Tree of Forgiveness, a big-hearted contemplation of life in its late innings.

Everywhere Prine turned, he found love and admiration in greater portions than ever. In what was supposed to be a TV interview with the two of them, Sturgill Simpson set aside his hotter-than-hot credentials and let the kid in him come out as he hung on every word Prine uttered. Prine, as expected, was just himself—funny, unpretentious and wise.

There was obviously a lot of tread off his tires despite the pleasures he had denied himself, but I like to think he had been pacified by writing a song about what he expected to find waiting for him in heaven: a cocktail and “a cigarette that’s nine miles long.” It’s hard to predict how the communion wine purists will react to vodka and ginger ale, but as for that prodigious cigarette, smoke it if you got it, John.