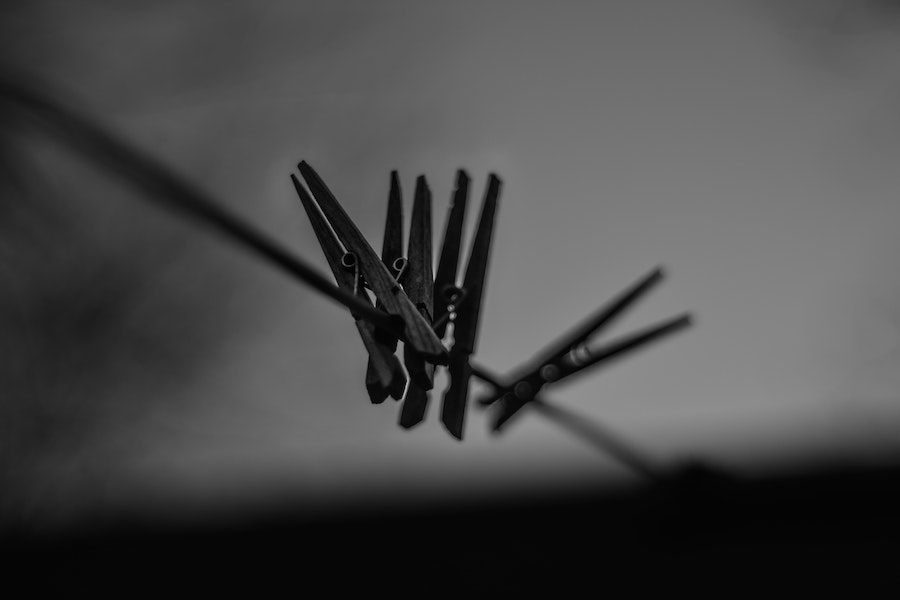 When I lived on Loveland, I used to let that stupid fat thing next door put all her garbage and ashes on the side of my house. Rachel. For one thing they had coal heat and I had oil, and she would put the basket of ashes at my side of the house, and when I opened my window naturally all the ashes would fly in and stick to the furniture. And no matter what they did to their house—lumber, linoleum, wallpaper—the  mess ended up on my side of the house, and meanwhile they’re keeping their house looking nice.

My sister Vivian used to say, “You know, Ceil, you shouldn’t let her get away with that, because if your landlord comes by he’ll say, ‘Hey, you’re making my house look like a dump.’ ” But I’d say, “Oh, Viv, it really doesn’t show, it’s on the side of the house. Who’s gonna see it?”

I mean, Who wants to argue with a neighbor? So I never said anything.

So what happens. One day your brother Anthony comes in and says, “Mommy, Rachel’s putting up a little fence.”

He says, “Over here, on the side of the house.”

My bathroom on Loveland overlooked the behind of her house, remember that? So I lifted up the window and I says, “Ra,” I says, “What are you doing that for?”

This fence, it was just the width of the driveway, you know?

And she says, “Well, we don’t want your papers to go in our yard.”

So I says, “My papers! There’s a store down the street, and the papers blow everywhere. How about when you put your garbage next to my house? I never said anything to you about that.”

So what am I going to do, fight with her? My mother always said, Never fight with people, especially on the street or out your window. So I says to Rachel, “Okay,” and I closed the window, and I didn’t talk to her anymore.

A few weeks go by and she calls me up.

“Hello, this is Rachel,” she says.

“Rachel next door,” she says.

The Cervones had put it up, the Cervones around the corner who we rented from. They had the hook on our house, the pole was in the Molitos’ yard, and there was nothing in Rachel’s yard but a little overhang. For thirteen years it was that way and they never said a word.

I says, “Well, thank you, Rachel,” and I hung up and went and told Mister Cervone. He says, “You leava that clothesline righta there.” He had a little accent, like. So I forgot about it, and come Friday, like always, I washed and hung my clothes, a lot of them because I had three young kids. It must’ve been twenty yards of wet clothes, sheets, pajamas, housedresses, your diapers. I didn’t even know it had happened until Nancy Prudenti came over.

“Cecilia!” she says. “Your neighbor is cutting down your clothesline!”

I says, “Do me a favor, Nancy. I don’t want to put a foot on that property. Go pick them up for me, will you?”

So I’m watching from the window, her and Elsie from down the street picking up my wet clothes from that jackass’s yard, and my first reaction is to call a cop, which I did. Marty Cooper, who used to live next door to us when we lived on Niles Avenue. He came right away.

“I’ve been on the police force for twenty years and I never heard of a thing like this!” he says to me.

But what could he do, really, so I sent him home and called up Mister Cervone. Daddy and I actually went to see him. And afterwards Cervone went directly to the jackass’s house.

He says to her, “You think you spited Cecilia? You spited me. That was my property, Rachel. Any problem, you should have come to me for. I could’ve lost a tenant because of you, because of you aggravating them. And shame on you. Are you proud of what you did? A woman with three children and you have the nerve to cut her clothesline down with all the wet clothes on it? You couldn’t cut it without the clothes on it?”

She started to cry, but she never said boo to us. And the next day, maybe it was two days, she actually went up to my landlady on the street, Mrs. Cervone, with her hand on her hip like this and says, “Do you know what I did to Cecilia?” She got joy out of it, after she cried.

Now what her problem was, you tell me.

Cervone said to us, “We’ll take care of it. We’ll put another clothesline.” So him and his son put another clothesline outside the window where you and Frances had your bedroom, remember? From that window it went to a pole by the birch trees, and I never talked to Rachel again. I never said a bad word about her, and I never fought with her. But I could never talk to her again. And then she moved away, I don’t know where, and I didn’t even have to go out of my way to ignore her anymore. But years after I still really hated her. If I saw her, God forgive me, if I saw her dying on the street I would have walked right by.

So today, thirty-five years later, what happens—just  to show that God doesn’t forget. He’s like an artist. What do you call it, that phrase, for when things come out perfect like this. Yes—poetic justice. Like God had His hand in it.

This morning I’m driving up Prospect in your father’s Oldsmobile because he took the Caddy to go help your brother Anthony at the market. The Caddy will start up early in the morning when it’s cold, and the Olds you have to wait for the sun to thaw the engine. So I’m in the Olds, nobody recognizes me when I’m in the Olds, and I come up to the intersection by that little diner where your Uncle Buzzie found the old lady frozen in the alley that time. And the car in front of me, it goes right through the intersection and smashes a car going across Main Street. Naturally I pull over, see what’s what, and who comes up to my window but the cop. Marty Cooper’s son it was—what’s his name? You went once with him to a prom, or was it Frances? They call him Sonny. He says, “Hello, Mrs. Bonelli,” and I says, “I’m fine, Sonny, and how are you, and how’s your father and mother. Did you see what happened?”

Just then one of the drivers gets out, the one who was driving in front of me, and who is it but that jackass Rachel who I haven’t seen since she threw herself on your godfather Rocky’s grave when he died—when was it, twenty years ago? She actually got into the ground and Korr the undertaker had to go in after her. She just doesn’t know how to act.

She says to Sonny, “He ran the light, my side was green,” and meanwhile the other man is running up, shaking his head, waving his fingers. Sonny’s just nodding at the two of them—he’s a lot like the father in the face. Then she sees me: “Cecilia!” She has this face on like we’re old friends, which right away burns me up.

She says, “Cecilia, it’s been years and years. When was the last time?”

“Rocky’s funeral,” I says and her face falls down, like it should. I almost felt sorry for her, thin the way she was.

Sonny says to me, “Mrs. Bonelli, did you see what happened?”

“Well, then you were right in front of me,” I says.

She’s smiling, like this home-free smile. That’s when I did it. I don’t know where I got the nerve. I says to Sonny:

“The light was red, officer. I was right behind Mrs. Condurso and I had already applied my own brake because I saw it coming.” I just shrugged at her. I says, “I have to tell the truth, Rachel. You wouldn’t want me to lie to the police, would you?”

Well, the look on her face? I felt like I had won the lottery! Sonny goes to appraise the dents and I says to her, “You like it, Rachel?”

Now to tell the truth I don’t know what color the light was. I wasn’t paying attention. All I know is when I saw Rachel Condurso, all I saw was red.

“What can I say, Ra?” I says. “What looks green to you looks red to me.” If they called me to the witness stand, I would have to say red—that’s what I told her.

Sonny puts it all down, takes my number. I get in the Olds, roll down the window.

“What goes around comes around, Rachel,” I says and I leave her in the street with her open mouth.

Forgive and forget?  Baloney, I say.

I used to console myself by thinking up excuses for her. But now I realize something about people that I didn’t at the time Rachel cut my clothesline. Then, I was young, and I loved everyone. Now I know God makes some of them rotten, and they’ll just turn on you, like it’s part of the human nature.