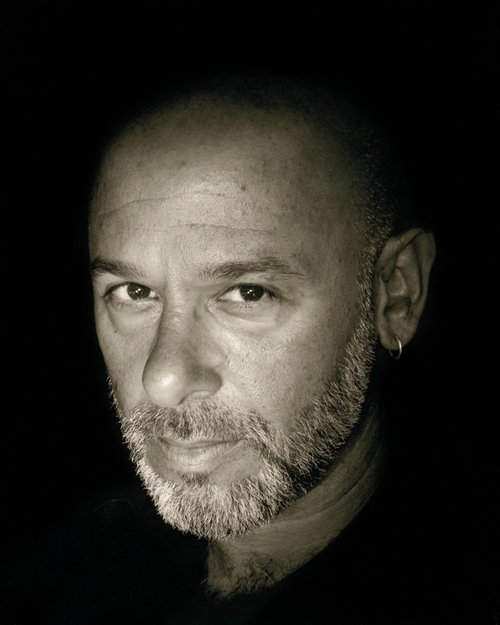 Back in 1998, magazine writer Mike Sager was best known for his fearless profiles of drug dealers, crackheads, porn stars, and neo-Nazis. But that year Esquire handed him a very different kind of assignment: Write about an old man. His ensuing portrait of Glenn Brown Sanberg, a ninety-two-year-old living in a retirement community in Arizona, was moving without being maudlin; it also demonstrated that Sager’s skills as an immersion journalist were not limited to covering “scary monsters and super freaks” (as he titled his 2003 nonfiction collection). Read Sager’s Q&A below, then check out our podcast episode on his unforgettable story, “Old.”

Alex Belth: How did you wind up writing for Esquire?

Mike Sager: I had started at the Washington Post at twenty-one, right out of school, and was a feature writer for Rolling Stone before I turned thirty. [Esquire articles editor] David Hirshey liked a story I wrote on Marlon Brando for the Sunday Washington Post Magazine, and I ended up writing some profiles for [Esquire editor in chief] Terry McDonell. I wrote about Al Sharpton—one of the coolest people I ever interviewed, and one of the smartest I’ve ever met—right after the Tawana Brawley thing. I wrote about a swingers convention of suburban white people in Pensacola, Florida. I went on tour with Slayer.

AB: Even from the start, you seemed to have a knack for moving fluidly between writing about famous people and writing about regular people.

MS: I wanted to do an anthropological thing, which was an amalgam of Hunter Thompson, Tom Wolfe, and Gay Talese. It’s got the scenes and action and feel of Wolfe with the elegance of Talese and a little bit of that Hunter fun. I grew up taking the bus from the Jewish area in Baltimore into the city to smoke pot, meet black people, and play music. I’ve always had this taste for going into other worlds and checking it out. At Rolling Stone, they’d let me do that if it was about drugs. Otherwise, all they wanted were crime stories, which is most of what I did for about fifteen years.

AB: You didn’t become writer at large at Esquire until the late nineties, when David Granger was editor in chief. You first worked with him at GQ, right?

MS: I went to GQ in ’91, ’92, when [editor in chief] Art Cooper was beefing up his staff to make it a more literary magazine. Most of my early stories there were about crime, but I wanted to come back to my anthropology idea. As it happened, SnackWell’s cookies had just come out—remember them?—and it got me thinking about what it’s like to be a fat guy in a low-fat world. I wanted to do a story like that for GQ, but Cooper wouldn’t do it. One day, Granger sees me in the office working on a story and he takes me out to eat at a sushi place. I tell him about this story I want to do about a fat guy, and he assigns it to me on the spot. He loved the story and lobbied Cooper to make it happen.

AB: That seems to have set the stage for a certain kind of story you would do for Granger after he moved to Esquire—unconventional profiles like “Ugly,” “The Secret Life of a Beautiful Woman,” and especially “Old.”

MS: I hadn’t intended to leave GQ, but when Cooper learned I had written to Granger to congratulate him on the Esquire job, he fired me for “talking to the enemy.” Cooper had revitalized GQ, but Granger was the one whose stories had starting winning awards. Granger and [writer at large Tom] Junod were sweeping up everything.

I knew Granger, but he hadn’t included me in his plans or anything. I went to New York and begged him for a job. All his salaried positions were full, so he gave me a contract for three stories. First one was a Robert De Niro cover. Then I wrote an essay about stopping smoking. I had one story left, and they assigned me to write about an old man.

I went down to Sun City, Arizona, and found a guy, Glenn Sanberg, who had been writing a newspaper column since he’d retired thirty years earlier, which is longer than I’d worked in my whole life.… He could relate to what I was doing.

AB: How long did you spend reporting?

MS: I ended up spending thirteen days with him, basically doing what he did, which for a lot of the time was just sitting there listening to the clock tick in the dark. Every day he would take a nap. In his garage was a treasure trove of all of his writings, everything he’d written. When he would take a nap, I would drive to a local Xerox place and make copies of his writing.… When I finished with him, I went home, transcribed everything, and looked through all this shit—and I found somewhere in there he had mentioned that sometimes when he wakes up in morning he doesn’t know where he is. He always has to figure it out. So I thought, Oh, man, this is my lede.

I called him up and said, “Can I come [back] down there and watch you wake up?” We’d gotten very close. He was really old and really sweet. He could function. You could probe him on things if you brought him places in person and kept him on the subject. I was helpful, I was attentive. Generally, in stories I’ve written about civilians, they get a little attached to you being there, listening, and loving them.

He lived in a protected area, so he was willing to leave his front door open for me. So I got up really early and drove over there, let myself in, sat on a chair in his bedroom, and watched him wake up. As he was lying there, I started asking him questions.

Then we had breakfast in his little kitchen. And old people are great because they eat, like, bear claws for breakfast. Cinnabons. They don’t give a fuck. They’re ninety years old—it doesn’t matter.

AB: One of the things you write about that I found really moving was how certain things cease to matter when you’re ninety-two. Things that can consume us when we’re younger.

MS: Yeah, that’s what a forty-year-old needs to learn. Glenn had this trophy that he didn’t even remember getting. He’d forgotten so many things, and none of it was important anymore. All the interoffice battles and bullshit.

AB: You also write about learning to be more patient, which is something so many of us struggle with.

MS: We’re all trying to juggle ourselves out there. You get to an age and all of a sudden you are responsible for a family. You have things to do other than obsess about yourself. It’s helpful. You have other shit to do. [As I got older] I was more efficient; I had better mind-set and larger brain. You know, my brain wasn’t just my penis and my byline. I think just not spending energy trying to get laid is really helpful.

AB: Is it tricky writing an inherently melancholy story like “Old”? I mean, being able to convey genuine emotion without being saccharine?

MS: In a broad sense, that’s the key to everything: Less is more. The opposite of hyperbole. You want to find the riveting thing. You’re doing something very purposefully. It comes down to finding the right word instead of so many.

I like to be understated. It’s the Gay Talese in me. He believed in this understated elegance. At the same time I also want to have a sense of movement, the way Tom Wolfe moved a story. As they say on Broadway: “Louder, faster, funnier.”

AB: In the nineteen years you’ve been a writer at large at Esquire, you’ve written about regular people like Glenn but you’ve also done a ton of celebrity profiles. In terms of reporting and writing, do you approach a story about a celebrity differently from one about a regular person?

MS: The difference is that I’ve allowed noncelebrities to look at the stories before I hand them in…. It’s a thing editors will always tell you not to do—prior-restraint problems and all that—but I feel it’s the right thing to do.

The reason I’ve had success with celebrity interviews is that I don’t act like an asshole reporter who thinks the celebrity is going to be my friend. I just act like a good human being…. I think I throw them off because I just act polite and professional. I realize that they’re not going to remember my name, and that creates a different approach. You’re just there to get a job done, and to try and get something. And you can always get more with honey than vinegar.

AB: But otherwise the approach is basically the same, no matter what kind of person you’re profiling?

MS: You’re picking up quotes and details and history. Assembling a mosaic. A found-art mosaic. That’s what you’re doing in this job—you’re getting all this stuff together. In a way, doing all these stories and meeting all these people, I am built of the little pieces of them that I have taken away with me.

In large part that has set me out of step with what a lot of people think, but in another way has brought me closer to the truth. That is what I’ve gotten out of all this: a view of how things are. That’s what the Buddhists talk about. Trying to view things the way they really are. That’s the value of all these stories. You go in, shut your mouth, and you try to be open and empathetic.

….No matter how the story turned out as a piece of writing, what Glenn taught me is the stuff that makes my life important.

AB: And what is that?

MS: That you’re always the child looking out of your own eyes, and that the people closest to you are what really matter. The idea is you’re always you; the voice in your head is always you. And I’ll add to that: Legacy is very important, though you forget about it when you get really old.