The Worst Pop Singer Ever 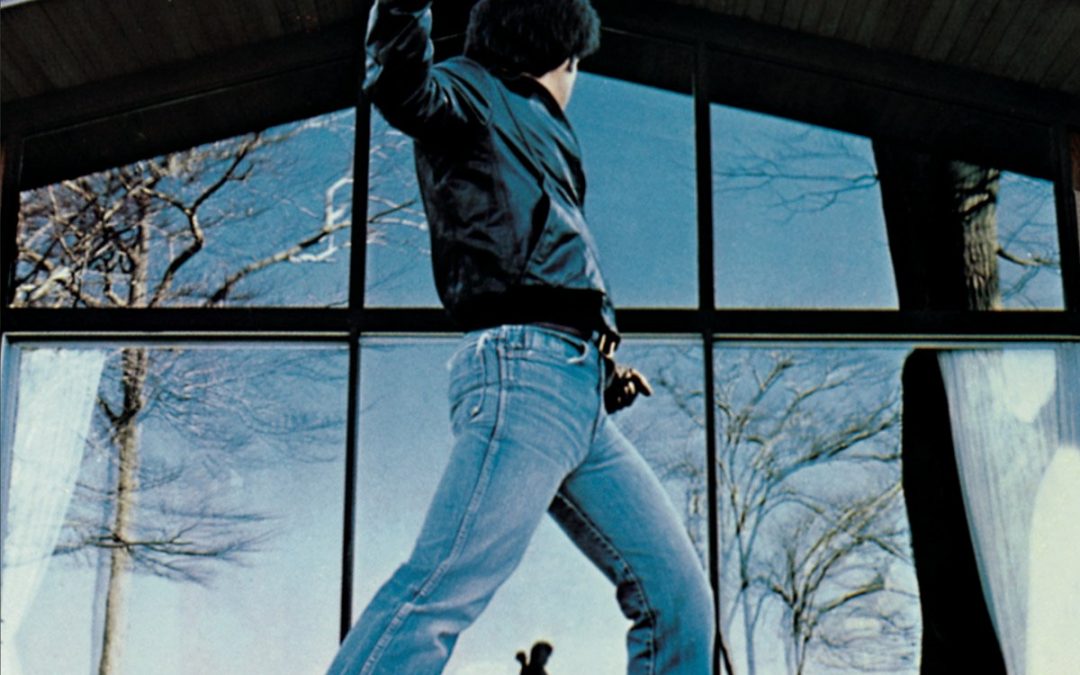 This may seem an odd moment to bring up the subject of Billy Joel. But the recent death of the painter Andrew Wyeth revived a long-standing debate over whether his art is respectable or merely sentimental schlock. (Say it: good or bad?) It got me to thinking about the question of value in art and whether there are any absolute standards for judging it. It indicates the question is still alive, not relegated to irrelevance by relativism.

And then I picked up The Art Instinct, a new book by Denis Dutton, the curator of the Arts & Letters Daily Web site. The book strives valiantly to find a basis for judging the value of art from the perspective of evolutionary psychology; in it, Dutton argues that a certain kind of artistic talent offered a competitive advantage in the Darwinian struggle for survival.

Which brings me to Billy Joel—the Andrew Wyeth of contemporary pop music—and the continuing irritation I feel whenever I hear his tunes, whether in the original or in the multitude of elevator-Muzak versions. It is a kind of mystery: Why does his music make my skin crawl in a way that other bad music doesn’t? Why is it that so many of us feel it is possible to say Billy Joel is—well—just bad, a blight upon pop music, a plague upon the airwaves more contagious than West Nile virus, a dire threat to the peacefulness of any given elevator ride, not rock ’n’ roll but schlock ’n’ roll?

I’m reluctant to pick on Billy Joel. He’s been subject to withering contempt from hipster types for so long that it no longer seems worth the time. Still, the mystery persists: How can he be so bad and yet so popular for so long? He’s still there. You can’t defend yourself with anti-B.J. shields around your brain. He still takes up the space, takes up A&R advances that would otherwise support a score of unrecognized but genuinely talented artists, singers, and songwriters, with his loathsomely insipid simulacrum of rock.

Besides, some people still take Billy seriously. Just the other day I was reading my old friend Jeff Jarvis’ BuzzMachine blog, and Jarvis (the Billy Joel of blog theorists) was attacking the Times’ David Carr. (Talk about an uneven fight.) Carr was speculating about whether newspapers could survive if they adopted the economic model of iTunes. Attempting a snotty put-down of this idea, Jarvis let slip that he’s a Joel fan: As an example somehow of his iTunes counter-theory, he wrote: “If I can’t get Allentown, the original, I’m not likely to settle for a cover.” Only the hard-core B.J. for Jeff! (“Allentown” is a particularly shameless selection on Jarvis’ part, since it’s one of B.J.’s “concern” songs, featuring the plight of laid-off workers, and Jarvis virtually does a sack dance of self-congratulatory joy every time he reports on print-media workers getting the ax.)

Plus, there’s always the chance we’ll see another of those “career re-evaluation” essays that places like the New York Times Sunday “Arts & Leisure” section are fond of running about the Barry Manilows of the world. The kind of piece in which we’d discover that Billy’s actually “gritty,” “unfairly marginalized” by hipsters; that his work is profoundly expressive of late-20th-century alienation (“Captain Jack”); that his hackneyed, misogynist hymns to love are actually filled with sophisticated erotic angst; that his “distillations of disillusion,” to use the patois of such pieces, over the artist’s role (“Piano Man,” “The Entertainer,” “Say Goodbye to Hollywood,” etc.) are in fact “preternaturally self-conscious,” not just shallow, Holden Caulfield-esque denunciations of “phonies,” but mentionable in the same breath as works by great artists.

I’m reluctant to pick on Billy Joel. He’s been subject to withering contempt from hipster types for so long that it no longer seems worth the time. Still, the mystery persists: How can he be so bad and yet so popular for so long?

This must be prevented! No career re-evaluations please! No false contrarian rehabilitations! He was terrible, he is terrible, he always will be terrible. Anodyne, sappy, superficial, derivative, fraudulently rebellious. Joel’s famous song “It’s Still Rock and Roll to Me”? Please. It never wasrock ’n’ roll. Billy Joel’s music elevates self-aggrandizing self-pity and contempt for others into its own new and awful genre: “Mock-Rock.”

And the badness of really bad art is, I believe, always worth affirming, since it allows us to praise—and to examine why we praise—”good” or “great” art.

Therefore, I decided to make a serious effort to identify the consistent qualities across Joel’s “body of work” (it almost hurts to write that) that make it so meretricious, so fraudulent, so pitifully bad. And so, risking humiliation and embarrassment, I ventured to the Barnes & Noble music section and bought a four-disc set of B.J.’s “Greatest Hits,” one of which was a full disc of his musings about art and music. I must admit that I also bought a copy of an album I already had—Return of the Grievous Angel, covers of Gram Parsons songs by the likes of the Cowboy Junkies and Gillian Welch, whose “Hickory Wind” is just ravishing—so the cashier might think the B.J. box was merely a gift, maybe for someone with no musical taste. Yes, reader. I couldn’t bear the sneer, even for your benefit.

And I think I’ve done it! I think I’ve identified the qualities in B.J.’s work that distinguish his badness from other kinds of badness: It exhibits unearned contempt. Both a self-righteous contempt for others and the self-approbation and self-congratulation that is contempt’s backside, so to speak. Most frequently a contempt for the supposed phoniness or inauthenticity of other people as opposed to the rock-solid authenticity of our B.J.

I’m not saying, by the way, that contempt can’t make for great art. Dylan’s “Positively 4thStreet,” for example, is one of the most contemptuous songs ever written, but it redeems itself through the joyfulness of its black-humored eloquence and wit. And Springsteen lost something when he lost his contempt and became a love-for-the-common-people would-be Woody Guthrie.

But let’s go through the “greatest hits” chronologically and see how this “contempt thesis” works out.

First let’s take “Piano Man.” You can hear Joel’s contempt, both for the losers at the bar he’s left behind in his stellar schlock stardom and for the “entertainer-loser” (the proto-B.J.) who plays for them. Even the self-contempt he imputes to the “piano man” rings false.

“Captain Jack”: Loser dresses up in poseur clothes and masturbates and shoots up heroin and is an all-around phony in the eyes of the songwriter who is so, so superior to him.

“The Entertainer”: Entertainers are phonies! Except exquisitely self-aware entertainers like B.J., who let you in on this secret.

(Compare The Band’s beautiful, subtle tribute to Dylan’s entertainer insecurities in “Stage Fright.” I love the line in that song, “he got caught in the spotlight”: such a haunting image of a shy entertainer.)

“Say Goodbye to Hollywood.” Hollywood is phony! Who knew? God, doesn’t B.J. ever get tired of showing us how phony the phonies of this phony world are? Could someone let B.J. know he’s phoning it in with all this phoniness at this point? Isn’t there something, well, a bit phony about his hysteria over phoniness?

He can’t even celebrate his “New York State of Mind” without displaying his oh-so-rebellious contempt for “the movie stars in their fancy cars and their limousines.” You think Billy Joel has really never ridden in a limo?

“The Stranger“: This is B.J. lifting that great Beatles line about Eleanor Rigby “wearing the face that she keeps in a jar by the door.”*  You should see the heavy-handed mask featured on the expensive two-disc “legacy” reissue of “The Stranger” album. So deep! Yes, B.J., you’ve nailed it: We’re all phonies hiding our true faces! Everyone wears a mask! Who woulda known it without B.J. to tell us?

“Scenes From an Italian Restaurant”: I can’t stand it, but at least this is one of B.J.’s tributes to “the little people” that—although it’s annoying and clichéd to the max—doesn’t completely hold its characters in contempt.

“Anthony’s Song”—straight up contempt for lower-middle-class aspirations. B.J.’s down with the authentic stuff in life. This is the one with the line about the “heart attack-ack-ack” where he attack-ack-acks people who work two jobs so they can “trade in their Chevy for a Cadillac”-ack-ack, something B.J. would never do. No phony “movin’ up” for him!

“Only the Good Die Young”: Contempt for the Catholic religion. I know: It’s spirited if anti-spiritual, but, still … I’ve heard some Catholic girls opine on its most famous line (“Catholic girls start much too late”), and they ain’t buyin’ it. B.J. is no James Joyce.

“She’s Always a Woman”: First, has there ever been a more blatant—or blatantly inept—case of attempted artistic theft than “She’s Always a Woman”? It’s such a lame imitation of Bob Dylan’s “Just Like a Woman.” (B.J.’s woman “hides like a child” where Dylan’s “breaks just like a little girl.”) B.J.’s woman also: is prone to “casual lies,” “steals like a thief,” “takes care of herself,” and “carelessly cuts you and laughs …” Poor B.J., recycling every misogynist cliché in the book.

At this point, reader, perhaps you have some questions for me about this tirade?  Fair enough.

What right do you have to criticize such a popular artist? Aren’t you just being elitist?

No, you don’t understand: Billy’s from my ’hood, mid-Long Island—Hicksville, to be precise (I’m from Bay Shore)—so I’m sensitive to his abuse of our common roots. Once I wrote something about the curse of being from the Guyland. In it I said something heartfelt: New Jersey may have a rep as a toxic dump for mob victims to fester in, but at least it brought forth Bruce Springsteen. The ultimate Guyland humiliation is to be repped to the world by Billy Joel. So I feel entitled to be cruel—may I continue?

Fair question. I’ve always liked “The Longest Time” and “An Innocent Man.” May I get back to the contemptible crap?

Well, I really can’t stand the “man of the people” stuff. Like “Allentown” and “The Downeaster ‘Alexa.’ ” Yeah, he’s a real working man, that B.J. Sure, other artists strike that pose, but somehow with B.J. the strain of his pretension is just too much to bear.

What else? What if you had to choose one song as the epitome of B.J. badness?

OK, I think it would have to be “It’s Still Rock and Roll to Me.”

It shows how completely, totally clueless Billy Joel is. It suggests he wrote it because he thought people regarded him as an outmoded relic because he doesn’t wear the right hip-signifier clothes. That it’s a matter of his wide ties vs. New Wave skinny ties, that it’s because his car doesn’t have white-wall tires or because he doesn’t dress “like a Beau Brummell” or hang out with the right crowd or look like Elvis Costello.

He thinks people can’t stand him because he dresses wrong or doesn’t look right.

Billy Joel, they can’t stand you because of your music; because of your stupid, smug attitude; because of the way you ripped off your betters to produce music that rarely reaches the level even of mediocrity. You could dress completely au courant and people would still loathe your lame lyrics.

It’s not that they dislike anything exterior about you. They dislike you because of who you really are inside. They dislike you for being you. At a certain point, consistent, aggressive badness justifies profound hostility. They hate you just the way you are.