Why I Hate Parties 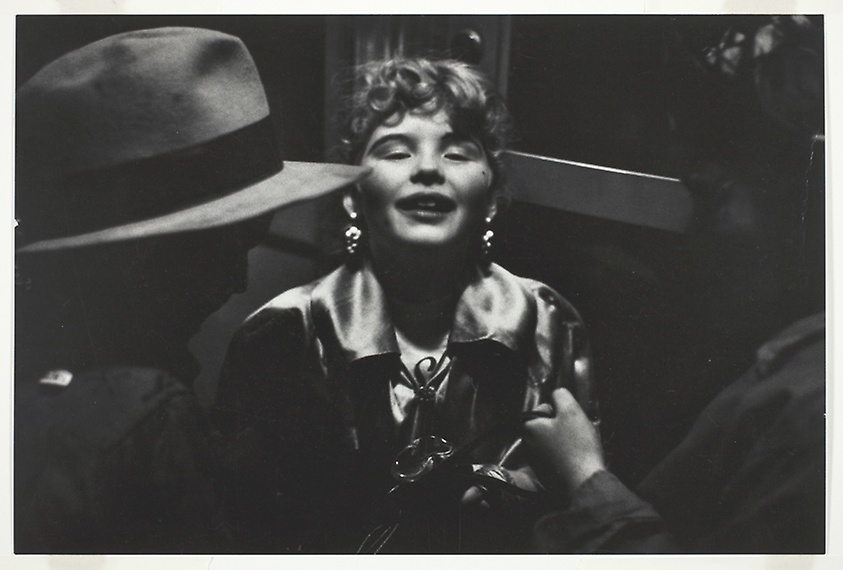 In the George Kaufman-Moss Hart drama, Merrily We Roll Along, there was a scene depicting a typical smart New York party. In one corner sits a very stewed lady. As another guest wanders near her, she looks up at him and says, “Guess what I’m having?” “What?” “Not much fun.”

In vulgar parlance, that is known as telling ’em. I can feel for that woman. My heart bleeds for her. For, of all man’s inhumanity to man, surely the grossest example is the modern party.

To begin with, there is never any place to sit down unless you (a) run all the way from home and get there first, which is considered bad form; (b) sit on someone’s lap, which lays you open to all sorts of ugly suspicion; or, (c) curl up cosily on the floor, which makes you look silly and besides is apt to get you stepped on and injured for life. It seems to be a rule in giving a party that, no matter how large an apartment the host or hostess owns, he (or she) must always exceed the seating capacity by about twenty guests flat. It’s all right for people to stand around for a couple of hours, but they don’t have to make hypocrites of themselves by pretending it’s fun. After all, who wants to play Going to Jerusalem all night long?

In the second place, it is usually the custom to run out of champagne just after you have finished your second glass, thereby insuring that you will make yourself deathly ill by switching to whisky or gin—the underlying theory on the host’s part being that no one knows or cares what he’s drinking after the second round, anyway.

These, however, are but minor discomforts compared to the bigger problems of the evening. There are always the other guests.

There is the amateur entertainer who thinks he’s Dwight Fiske, and who will sing “Miss Otis Regrets” until the cows come home. When he gets really going, he will also tell dialect stories, tap dance, do imitations, and tell endless anecdotes, during each of which he will at some part interpolate the phrase, “Well, to make a long story short … ” The only one who can take the spotlight away from him is the gentleman who is the life of the party, who is forever disappearing into closets and coming out again with one of the women’s hats on, after which he skips up and down the room, pretending to throw imaginary flowers, puts his hands on his hips and swishes, shrieks “Kiss me. Whoops!” and almost explodes laughing at himself. He is really a card.

If you go to enough parties, it also gives you a chance to become so indebted socially that eventually you will have to get even by giving a party of your own.

Then there is the passionate male who goes around making chests at all the women and leering provocatively. He is a great verbal Casanova. He always wants to go out on the terrace for a breath of air, but watch out he doesn’t snare you among the potted aspidistra. When he dances with you, he keeps blowing in your ear and writhing like an inchworm. He is the type that as a child always played Post Office and asked for a Special Delivery.

In addition to these, there is the man who knows all the hockey games and golf tournaments of the season, play by play, and who spares you not a detail of them; the antisocial gent who wanders, lonely as a cloud, looking at all the books and pictures, and sneering quietly to himself; the guest who always feels at home and who is discovered two days after the party, sleeping like a child, in one of the spare rooms; the lady who starts out very refined and charming, and ends up slouched in her chair, practically parallel with the floor, muttering, “Hold your hats, kids, here we go again!”; the peroxide blondes who all look alike—like Chinamen; the society women who have recently gone on the stage, and the actresses who have recently—too recently, in fact—gone into society; the lady who has a pat saying for every occasion—“There’s more ways than one to skin a cat,” “It’ll never get well if you pick it”; the relentless monologist who gets you down in a corner, with all avenues of escape cut off, and then tells you about her dog—he does everything but talk!—or all about the luncheon she went to the day before—they started off with a fruit cup, well, you couldn’t really call it a fruit cup, either, let me see, there were some melon cubes in it and a little something that tasted like apple—

There is also the siren who, like St. John Ervine’s lady, goes around “scattering sex appeal as if she were distributing handbills”; the ladies who say to you, “Don’t you think my new sandals are too amusing?” although for the life of you, you can’t see anything funny about them; the rhythm babies who burst into snatches of popular songs and who go around snapping their fingers—a nasty habit; the girls who ask you startling questions: “What do you think is the most important thing in life?”

“How long does it take a camel to have a baby?”; the young men who, if the orchestra played “God Save the Queen,” would take it as a personal tribute; people who say things like “I feel Friday-ish”; people who say “I’m awfully glad I met you,” and say it first, leaving you with an alternative of “I’m glad I met you, too”; people who say “It’s been terribly nice. It just couldn’t be better, my dear, it just couldn’t be better,” when you know it could have been—and so do they, and so does the host—even if he won’t admit it.

Then there are the games—anagrams, word-guessing, Murder, Ghosts, and trying to see how many matches you can pile up on top of an empty bottle. This last requires, as you can well imagine, infinite skill, iron nerves, steady hands, and an absolutely blank mind. The less sportier inclined of the guests can always settle down to interminable rounds of backgammon.

All of this goes to make a jolly evening and what is known as social intercourse. (Although, come to think of it, whoever heard of unsocial intercourse?) It gives you a chance to stay up late and ruin your health and upset your stomach. It gives you a chance to meet a lot of people who bore you stiff and who, if you are nice enough to them, will ask you to more parties where you can meet other people who bore you stiffer. If you go to enough parties, it also gives you a chance to become so indebted socially that eventually you will have to get even by giving a party of your own. In short, there is no balm in Gilead for the social leper who has had enough, but who doesn’t know when to say “Uncle.”