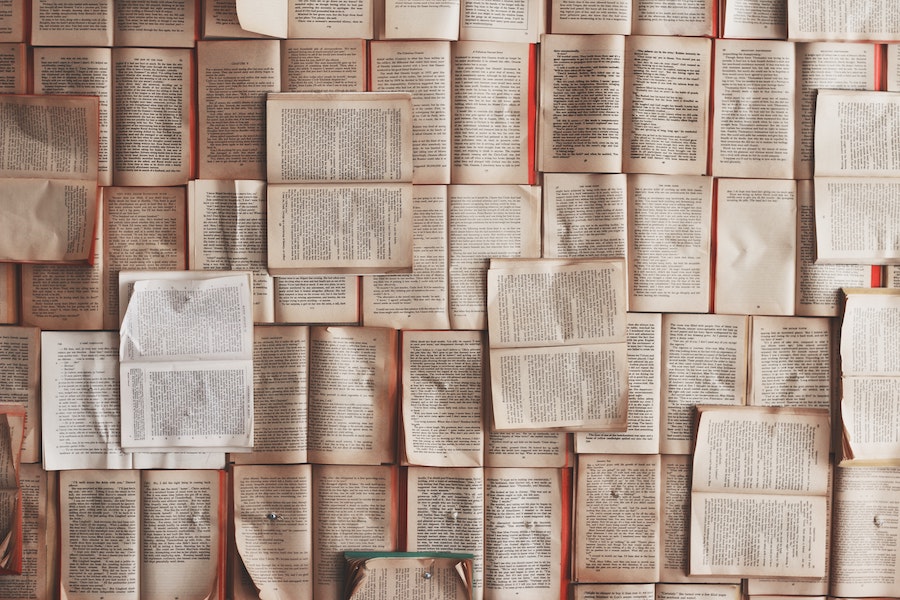 Although this is the era in which flaws in the emotional and psychological development of every man, woman, child and dog have been scrutinized in the most minuscule detail, there seems to be no organized interest in one of the most painful afflictions known: lexical anhedonia, or the inability to feel pleasure while reading.

The anguish of those suffering is appalling. Yet no one cares. Dismissed with the epithet “bookworm,” all addicted readers (whether or not they are currently reading!) are judged to be alike by an indifferent population. They are patronizingly endured but not treated by the medical establishment. Yet many could be helped if research were financed in this field. Some might even be saved.

Clinically, lexical anhedonia is chiefly characterized by the inability to suspend disbelief or its inverted retrograde, the inability to sustain appropriate distance from the text. What follows is a partial list of dysfunctions and their variations. (Caveat: In perusing the following, readers may fall victim to “medical school syndrome” and recognize every symptom as their own. Remember: If you have been able to read this far, your case is not hopelessly advanced.)

I. Reading Interruptus: Inability to read at normal tempo for 20 minutes or more.

Magnification: Single words or sentences fill the mind. Certain writers are conducive to this symptom. Proust is probably the most notorious. In extreme cases, the mind attaches itself as if with glue to punctuation. One stares at a semicolon, attempting to extrapolate therefrom the sensibility, creative depth and sociocultural influences of the author.

Instant Aphasia: Reading the same sentence over and over again, and it doesn’t make sense. (Or you forget that you ever read it before.)

Lexical Masochism: Inability to read without constantly noting how intellectually enfeebled one has become, eventually leading the reader to give up all reading except magazines. Members of the baby boom cohort are especially subject to this since their intellectual decline dovetails with the increasing complexity and conceptual difficulty of the fiction they believe they ought to be reading.

The Satyr Obstruction: Inability to read because all you can think of is sex.

Mal de Vivre Flashback: Often to be endured while reading the novels of American males of the 20th century. The world seems too mean and hard to continue living.

Pathological Over-Identification Defense: This warning sign of lexical anhedonia is so common that it is often ignored: How many of us, by a strange coincidence, start to palpate our own bodies and restrain the urge to call our doctor halfway through Solzhenitsyn’s “Cancer Ward”? Is there a soul who does not consider having an affair while reading “Madame Bovary”? Is there a woman alive able to read English authors and still trust men?

The Epistemological Gambit: Research shows that an excessive concern with one’s insignificance in the cosmos often leads to a preoccupation with the subject of his or her own ignorance, which then results in an attempt to master one particular field. The reader chooses a category (sometimes, one darkly suspects, at random) and, in an attempt to master it, loses interest in acquiring any new books except those in his or her field.

The Call of the Gutter Syndrome: (A variation of the above.) Unfortunately, the category chosen is often not one that would enhance one’s self-esteem. This would explain the proliferation of self-help books: Most are purchased not by readers who want to help themselves but by those who are studying the field of self-help (or so they tell themselves.) Eventually, they become addicted. Unable to stop, they start to hate themselves for absorbing such trash. Other likely candidates: pornography, trashy show biz bios, cookbooks and treatises on semiotics.

Grand Conceptual Tidal Empathy: It’s not what you read but that you are reading at all that moves you. You find yourself overwhelmed by the idea that some author set his or her deepest, most secret thoughts on paper, and there you are, reading it! The whole idea of art fills and overwhelms you. Your heart is flooded with gladness. You are utterly incapable of reading.