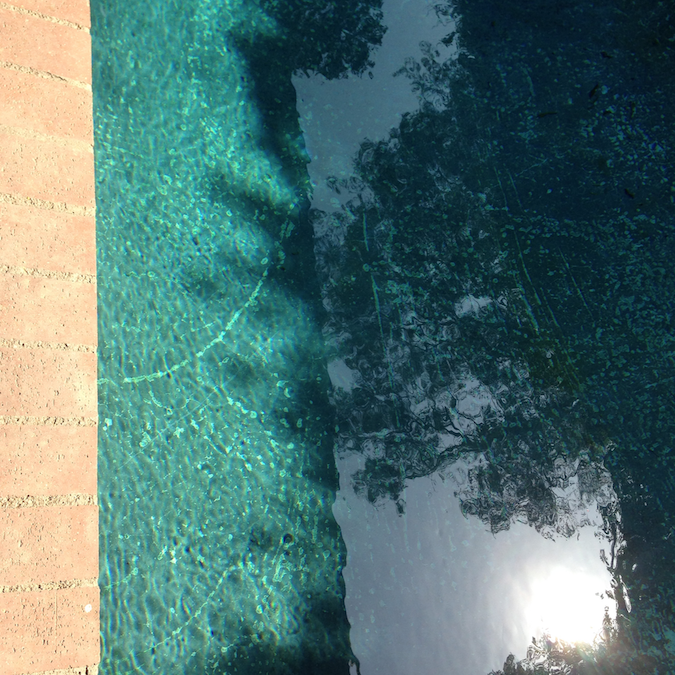 I had a number of people to see the next day. I dropped in to see Hunter Thompson.

I found him in his room. “I got everything stashed behind the pipes,” he said, after he had peeked out a crack in the door to make sure who I was. “The authorities could search the room and unless they had one of those sniffing dogs this place’d check out clean.” He prowled around, three steps taking him the room’s length; he turned and bumped into the bed. He was wearing his aviator glasses. I perched upon a chair to keep out of the way. “This is a bad town for the drug scene,” he was saying. “In Nevada you can shoot anything into your body you want. You can get stark naked and lie in the backseat of a Pontiac with the accelerator wired down, and touch the steering wheel from time to time with a toe, and if you lose control at a hundred twenty m.p.h. going along Route Ninety-nine, all that happens is that you spin out into the desert and kill a lizard. But Kinshasa … it’s a bad scene.”

I asked him about the fight.

“What fight? Oh, I didn’t go to the fight. I stayed in the hotel swimming pool. I lay on my back looking at the moon coming up and the only person in the hotel came and stared at me a long time before he went away. Maybe he thought I was a corpse. I floated there naked. I’d thrown a pound and a half of marijuana into the pool—it was what I had left and I am not trying to smuggle it out of this country—and it stuck together there in a sort of clot, and then it began to spread out in a green slick. It was very luxurious floating naked in that stuff, though it’s not the best way to obtain a high.”

“But a very luxurious feeling nonetheless.”

“Frankly, I’ve had my mind on something else. My big concern is how to get these two enormous elephant tusks I bought in the ivory market out of the country.”

Thompson began mixing himself a drink. “I don’t know the time, but it feels like the evening—cocktail hour, isn’t it? Do you know what I paid for these two bottles of bottled water? Five-twenty! Every day here I get this hideous whipping. I need human contact … preferably nine nipples.”

I blinked and asked him how he had found out about the result of the fight.

“I went to bed after my swim,” Thompson said. “So I got the news this morning. Somebody slipped the hotel newspaper under the door.”

“So you didn’t try to see the fight with President Mobutu.”

“The president. You said you had some idea about being with him and watching the fight on TV.”

“On TV? Frankly, I’ve had my mind on something else. My big concern is how to get these two enormous elephant tusks I bought in the ivory market out of the country.” They stood in the corner, reaching halfway to the ceiling.

He told me that the day before, bringing the elephant tusks back to the Inter-Continental, he had almost been thrown into a Kinshasa jail.

“Are the tusks illegal?” I asked. I’d given up asking him about the fight.

I remarked that he certainly lived right on the edge. Hunter nodded and said that he’d feel himself lucky if he got back into the U.S. alive.

“Frankly, I don’t know. I bought the tusks off a street person—probably an informer of some sort—but they are in some sort of raw state which attracted a great deal of attention. I mean, the elephant wasn’t still attached to them, but he might just as well have been.” Hunter went on to tell me that riding around Kinshasa with those tusks was like running through an airport with two large plastic bags of heroin, or perhaps a bazooka under each arm. But apparently the problem was not only the tusks but that he had been going a hundred miles an hour in that strange automobile of his around a traffic circle. The car had “got away” from him. He had been flagged down by a military car and a soldier carrying a machine gun had climbed in alongside him and the tusks in the front seat. Hunter sensed that the soldier was trying to get him to drive to the jail down by the river waterfront but yelling at the soldier that he didn’t understand—“Quien sabe? Quien sabe?”—he started heading for the Hotel Inter-Continental at a rattling speed, the soldier hanging on, the gun barrel waving back and forth by Thompson’s ear, as he finally made the ramp and roared up to the entrance. He stepped out and told the concierge to explain to the soldier that Bill Cardoza, down in the Memling Hotel, was the person to see if there was any complaint to be lodged—an important foreign police chief—and with that he turned and sailed into the lobby with his tusks. He had a feeling that the soldier had impounded his car, but there was a certain amount of smug satisfaction in knowing what sort of a monster car—all those weird electrical connections—the authorities had a hold of. “Unless they know how to work that dimmer,” Thompson said, “a lot of innocent people are going to get killed out in the streets of Kinshasa.”

I remarked that he certainly lived right on the edge. Hunter nodded and said that he’d feel himself lucky if he got back into the U.S. alive. As he paced up and down, turning like a caged mink, I was reminded of Norman Mailer’s death fantasy—being taken by an African lion—and Thompson laughed when I described it and he said that such a thing wouldn’t be bad for Norman at all, would it, and he wished him luck.

I couldn’t resist asking him what his would be.

“Well, vehicular, of course—something in a very fine car.” He sat on the edge of the bed and with surprising calm went on to say, “Back in the U.S. there was a mountain I used to drive over in the sixties on the way down from Louisville past Birmingham to the Elgin Air Force Base—Iron Mountain, I guess they call it: a lot of big houses upon it and rich people from Birmingham and the road is sort of scenic, with big entranceways and fine views, and there’s one place where you come around a sharp curve to the left, and straight ahead, down beyond the cliff, is the city, acres of steel mills and Bessemer furnaces and smelting yards below—and my concept of death for a long time was to come down that mountain road at a hundred twenty and just keep going straight right there, burst out through the barrier and hang out above all that in… well, it was important that it was the right sort of car, the Jaguar XK120, though later on I began to connect the XK140 with the fantasy, painted white, though sometimes I vacillated between white and British racing green, which is very nice too, and it had to be a convertible, of course, because you’d want to feel the air against you … and there I’d be, sitting in the front seat, stark naked, with a case of whiskey next to me, and a case of dynamite in the trunk, or boot, it would be in a Jaguar, honking the horn, and the lights on, and just sit out there in space for an instant, a human bomb, and then fall on down into that mess of steel mills. It’d be a tremendous goddamn explosion. No pain. No one would get hurt. I’m pretty sure, unless they’ve changed the highway, that launching place is still there. As soon as I get home, I ought to take the drive and just check it out.”