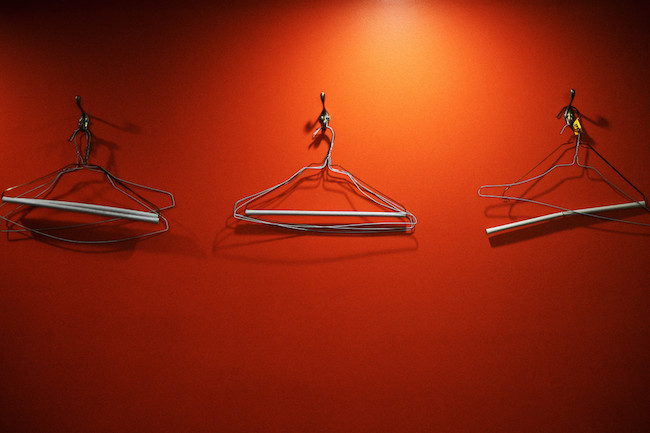 The whole world is running off to Miami for the Christmas holidays. Look around and you will have cause to wonder why all of these cities and towns even bothered to string colored lights above their streets and put lighted trees in their parks, because when Christmas Day comes there is not going to be anybody here to enjoy them. Everybody is going to be in Miami. Last week it was Willie Cue, of Baltimore, who stopped off on his way down long enough to have his Christmas savings lifted by another, more clever pool shark. And this week it was Mister Ham, General Delivery, United States.

They say a lot of these traveling men are nothing but bums, but that is one thing they will never say about Mister Ham, because Mister Ham wears a dark-blue suit and a bow tie and gold cuff links and also has a pencil-thin gray mustache. And if that is not enough class for you, Mister Ham also wears a speckled overcoat that has the inscription FRANKLIN SIMON, FIFTH AVENUE, NEW YORK on the label inside, a reminder of the good years. That is, Mister Ham had his Franklin Simon overcoat as late as three o’clock Wednesday afternoon.

“Maybe you need a good overcoat for Christmas,” Mister Ham was saying.

“Thought about it, but I’ve got one already,” he was told.

The reason Mister Ham was considering disposing of his Franklin Simon overcoat Wednesday had nothing to do with the fact that it will be so warm in Miami he won’t need it. The real reason Mister Ham was taking bids was, to be perfectly blunt, because he needed the money. Mister Ham in need of cash: That is something a lot of people will not believe.

He sat in a short-order restaurant Wednesday, Mister Ham did, with class spilling all over him right down to the gold cuff links, sipping hot coffee and rationing cigarettes and holding his Franklin Simon overcoat on his lap.

Mister Ham was born sixty years ago, the only son of a very prosperous insurance man. Just because he was the only son did not mean he was the favorite son, and it was at the age of twenty that Mister Ham officially became a black sheep by striking out from his hometown to see the rest of the world. He hit Honolulu, fell in love with San Francisco, had a big job pushing medicine in New York, took in Alaska, made money, lost money, worked for a religious organization in Texas, and, finally, wound up in very poor condition of all kinds.

“I’ve got four big problems,” says Mister Ham. “One is emphysema, two is sinus trouble, three is my eyes, and four is I’m stupid. Either I’m stupid or everybody else is smart. I don’t know which.”

One guy Mister Ham claims is smart is the attorney at the bank where they took over the will of Mister Ham’s mother, who passed away last year. It was May when his mother died. Nobody bothered to tell Mister Ham about it until the following August. By then it was too late for him, the only son, to do anything about the will. They had sold the property his mother owned and started sending him fifty dollars every month for the rest of his life, and being at the age of sixty, Mister Ham thinks he would prefer having all of the fifteen thousand right now instead of fifty at a time.

He sat in a short-order restaurant Wednesday, Mister Ham did, with class spilling all over him right down to the gold cuff links, sipping hot coffee and rationing cigarettes and holding his Franklin Simon overcoat on his lap. It was cold and wet outside, and when Mister Ham was told it was cold and wet outside, he said, “If it’s bad for you, think what it’s like for me.”

“It’ll be better in Miami,” he was told.

“Telephone work. Telephone subscriptions. When you’re talking on the telephone nobody can tell you’re sixty years old.” And it was sad, very sad, to be with Mister Ham Wednesday afternoon. The guy at the hotel was holding his bag because Mister Ham couldn’t pay his bill. He was going to have to start hitchhiking to Miami before it got dark. He had a dollar fifty and not even a razor, and here it was, ten days before Christmas, and like everyone else Mister Ham was going to Florida so he could at least be warm.

“You’ve got to have some money,” he was told.

With all the dignity he could muster Mister Ham straightened his shoulders and stood up and neatly folded his Franklin Simon overcoat over one arm. He said, “Maybe you could tell me where the pawnshops are in this town.”

This story is collected in Too Old to Cry.