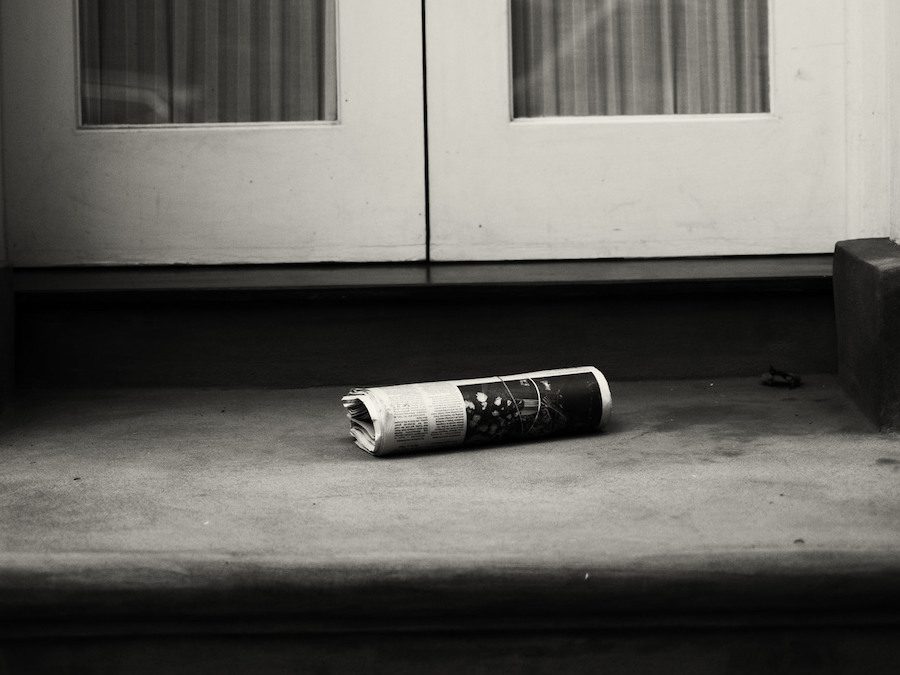 “When I was twenty-two, I read Random Family by Adrian Nicole LeBlanc, and it completely changed my understanding of what nonfiction can do.”—Rachel Aviv.

Seven years ago, Kaylen Ralph and Joanna Demkiewicz, seniors at Mizzou’s famed journalism program, attended a two-day seminar at the school celebrating an anthology of literary non-fiction that included five Mizzou grads, all men. Mike Sager and Walt Harrington edited the collection, Next Wave: America’s Next Generation of Great Literary Journalists, featuring nineteen pieces but just three by women. Ralph and Demkiewicz approached Sager and got on him for not including more women in the book. Sager, a book publisher as well as a writer, took the challenge to heart and subsequently published two stellar anthologies: Newsmen: Twenty Five Years of Front-Page Journalism and The Stories We Tell.

Now, Ralph and Demkiewciz team up with Sager to shine a light on some of the finest contemporary women journalists in New Stories We Tell. The book is a gem, loaded with star power—all three anthologies are a must for the well-stocked literary non-fiction library. The editors wisely introduce each piece with a few words from the writer, big fun, especially from this All-Star group of talent.

Here are just a few words of wisdom they drop. Dig in. Cop the book—also available on eBook and across all platforms and bookstores. Tell a friend. Good things. 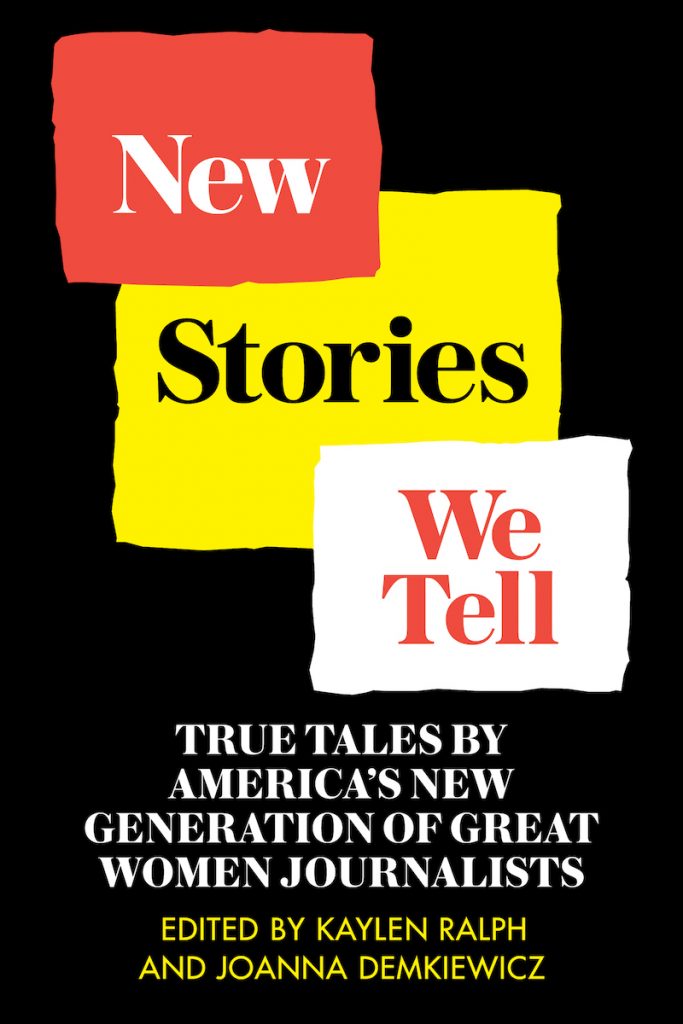 Taffy Brodesser-Akner: I think of the profiles I write as personal essays about another person. My stories have the same storytelling elements I learned in film school. There is a narrative structure. There is tension, drama, and character development. There is a beginning, middle, and end. I want each of my stories to feel like a whole meal when you read it, as opposed to a series of quotes or some flat little conceit—this guy is ready for his moment, that kind of thing. Instead, I wanted to write big scenes with real characters who had actual arcs. I wanted my articles to be like little movies. The confidence to play with form and perspective comes from the small bridge that is often needed when you’re dealing with someone who is so famous you actually can’t relate to them.

Jia Tolentino: I like to get people to explain everything to me when I’m reporting. Pretending to know nothing, or just understanding that you actually know nothing, is a good tactic. By nature I’m really friendly and easygoing, which has been an advantage in that it sets other people at ease.

“When people like my stories, it lets me know that I’m not alone.”

Lisa Taddeo: Before I started doing magazine stories for Esquire, I was employed as an associate editor at Golf. It’s an exercise to write/edit stories about a sport you’ve never played. I believe a good writer should be able to handle any material that comes up. Writing is about training the mind. I didn’t really set out to be a “sex correspondent,” though like most people I have always been interested in sex. It’s nearly never boring. As women, sex is kind of our most slippery secret. Sex and power: I’ve always been interested in the nuances in that intersection and how all this influences the society at large. It’s often something we try to hide, while at the same time it’s something we are very aware of, very occupied by.

Brooke Jarvis: In choosing a story, what’s most important to me is not just something that makes a good story—you know, narrative arc and good characters—but something that brings up ideas I’m interested in exploring and playing with. Some writers write just great yarns, but for me, I’m drawn to stories that are all tied up with big, thorny questions or ethical problems that I don’t yet know how to think about.

Rachel Aviv: I don’t like the idea of asking someone to devote hours of their life, sharing private details and memories that are often painful, unless I feel there is something in it for them, too—that their story will provide others with some kind of solace or inspiration or motivation to act, or a broader view of a social or political issue.

“Tidy stories can be kind of boring, particularly if you’re writing about people, because people aren’t tidy.”

Vanessa Grigoriadis: A lot of stories are about a bad guy and a good guy, and how the power of good journalism and truth will vanquish the bad guy. That just doesn’t have a lot to do with the way I look at the world, and the kind of writing that I aspire to do. In everything I write, I’m interested to discover: What is the drama here? What are the stakes and the games that people are playing? Who are the characters and what are their deeper motivations? I’m not so interested in trying to uncover an evil that needs to be revealed.

Pamela Colloff: I am lucky I’ve had the luxury of having jobs that allowed me some real lead time to deeply investigate these cases. Before I have any authority to write one sentence, before I can narrate any scene, I do a lot of reporting. With some people I interview, we develop long relationships. The sources may think the interview is going to be one phone call, or one visit. But I visit some sources every week, sometimes for up to half a year. I try to make it a conversation. When I’m reporting I just act like myself. I don’t think there’s one way I act in “real life,” and then another way I act when I’m with the people I’m writing about, or interviewing. I feel a huge responsibility to the people who’ve given their time to me, and so I want to get it right.

Elizabeth Weil: I don’t really do the kind of reporting where you’re digging and digging for an answer. Often there is no concrete answer. I don’t like stories that are tidy. I don’t strive to make my stories tidy. To me, tidy stories can be kind of boring, particularly if you’re writing about people, because people aren’t tidy.

“I hope we get to a point when we won’t have to be spending time discussing the sex of the authors, just reading their great stories.”

Rachel Aviv: I also like to read novels and short stories about subjects similar to the stories I am reporting. In the process of imagining those worlds and contexts better, new questions occur to me. Reading fiction gives me more concrete ways of generating conversations about the texture of people’s lives.

Amy Wallace: I like profiles because I’m curious about what makes people behave the way they do. Trying to figure that out is really fun—trying to get it right. Sometimes people can explain themselves to you, but not usually. Often, you have to deduce what they’re really saying.

Amy Wallace: If you do your homework, if you really read or watch or study what your subject has written or accomplished or created, if you’ve spent a little time researching, even the most important or celebrated subject feels taken seriously. That often puts them in the frame of mind where they’re happy to sit down and give you a lot of their time. From the beginning I was intrigued by that discovery, which shapes the way I work to this day. I’d rather be over-prepared than under… It’s almost like method acting, but as a journalist. You’re really immersing yourself in the content of a person’s history.

Janet Reitman: Magazine writing is not a quick thing. It takes a long time and it takes a lot of work. It can be very painful. It’s really hard, and if you’re not willing to do that, then don’t do it. If you can pull that off, and work hard enough and hone your talent, you should have every opportunity to succeed. I had a lot of opportunity, and in lots of ways being female really helped. But the goal is to not approach your work as a “woman” writer—just be a writer. Honestly, I hope we get to a point sooner than later when we won’t have to be spending time discussing the sex of the authors, just reading their great stories.