Sober Virgins of the ’80s 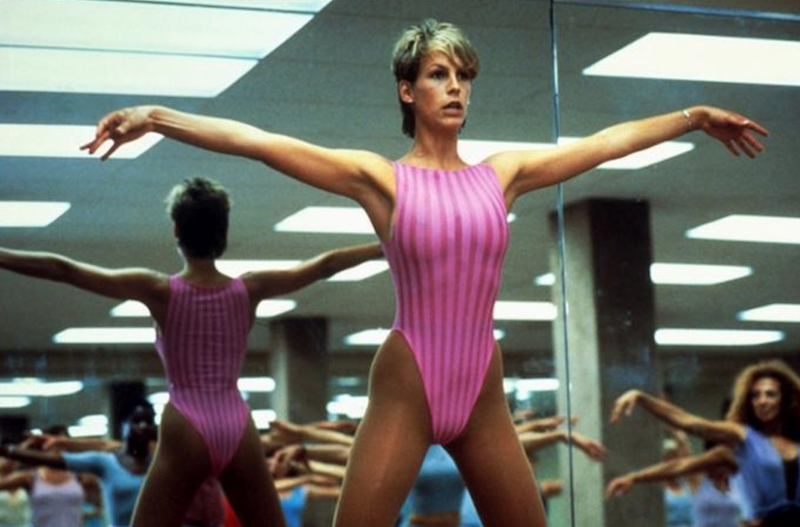 < Not that I like the eighties, but the sixties, if you ask me, weren’t that great, either. I mean, in the fifties, for men to get girls into bed, they had to be good lovers, to persist, to be sensual and seductive and inevitable and spontaneous and say things like “Stay away from me, I can only mean trouble.”

When I finally managed to get myself deflowered at the age of eighteen, the man was from that earlier milieu where being a good lover was the least men could do if they weren’t going to marry you. It really wasn’t until the “sixties” began, in about 1965, when the Beatles made being cute the be-all and end-all of the man’s part of the bargain. I think it was at the party for Donovan when Jim Morrison stuck his fist through a plate-glass window that I began to realize that love and sex in the sixties was really more like a bunch of people tasting appetizers, wondering who might be good for them if they ever, in fact, decided to stay in one bedroom longer than overnight.

To me, the sixties were…

Well, I remember this guy named John who was so beautiful he looked like Henry Fonda in The Grapes of Wrath, and it was impossible to deny him anything except what he wanted, which was usually, “Let’s go to Mardi Gras; I’ve got thirty-three cents.”

“Mardi Gras?” I gasped, realizing I was about to deny him yet another thing.

The trick in the sixties was to grab the most sought-after member of the opposite sex and see how long you could keep him from leaving, from trying to get more than just you into bed.

“But what if it rains?” I complained.

“It won’t rain,” he explained.

I also remember going to this house in Malibu that the Buffalo Springfield were renting. I dropped by one afternoon when no one was there except this girl so gorgeous in a peach satin chemise and high heels it took me a moment to realize that what she was doing, standing there in the living room, was ironing towels.

“Why are you ironing towels?” I wondered.

“Oh,” she sighed, “because these guys are so beautiful, and I just love them so much. They deserve the best!”

The trick in the sixties was to grab the most sought-after member of the opposite sex and see how long you could keep him from leaving, from trying to get more than just you into bed.

It seemed that there was no hope.

I myself got leg weights and went hiking around the Hollywood Hills, wondering if this was better for me than closing down the Troubadour every night.

Of course, now that it’s the eighties, most desirable members of the opposite sex give rise to dark wanderings like “If they’re so cute, why aren’t they dead?”—which for me really put a damper on sex and made me actually take up chastity for almost two years. I watched everyone I knew who used to be hot stuff either drop out from what J.D. Souther called “over-boogie-related” conditions like Epstein-Barr or join “programs” like AA or Cocaine Abusers Anonymous, where they seemed to come to their senses. This created clusters of what my friend Julia calls “sober virgins,” for although none of these people were by any stretch of the imagination virgins, once they were sober, getting undressed in front of total strangers became a whole new ball game.

And everyone in the world went to the gym. Suddenly, men I always thought of as wispy poets had shoulders as if there were no tomorrow. And flat stomachs, Bruce Springsteen arms, and cute rear ends. And women I knew who had regarded having to park a block away as a hardship were suddenly talking about people called “trainers” coming to their homes three times a week and Palotti machines in their guest bedrooms. I myself got leg weights and went hiking around the Hollywood Hills, wondering if this was better for me than closing down the Troubadour every night.

In the meantime, I had taken up ballroom dancing, thinking that it was a good way to spend time with the opposite sex up close without having bodily fluids change hands. But the trouble with doing the tango, I discovered, was that it makes you sort of more sexy and languorous and in the mood than something old-fashioned should do.

Doing the tango made guys who had been “just friends” suddenly look like hot stuff. I rethought my position with one man in particular whom I had always considered too short, and I took him to bed. The truly weird thing about it was that after all those years of men who were my type being all wrong, the one I thought was all wrong was the best. Here was this man who’d been waiting and waiting and waiting, and he actually was this brilliant, fabulous lover.

Women in those days, I sometimes think, were born with character, whereas some of us have character thrust upon us.

In some sad way, I realize that I have AIDS to thank for my current amazing grace—since without the dread fear of death I would never in ten thousand years have slowed down enough to notice someone who I thought didn’t go well with high heels. But then I remember this photograph of Igor Stravinsky and his beautiful wife, Vera—he so tiny and intense, she so overblown like a rose in summer. She always wore high heels, but then women in those days, I sometimes think, were born with character, whereas some of us have character thrust upon us.

But now that I have it myself, I can actually see how love and sex might have something to do with each other, rather than what I learned in the sixties: that sex was something two people did until one of them thought he’d fallen in love with someone else.

Now all I want to do is iron his towels. In a chemise and high heels.

The great thing about the eighties is that if you’re still alive, there’s hope. That, anyway, has changed.