Taking a Stand and Paying the Price 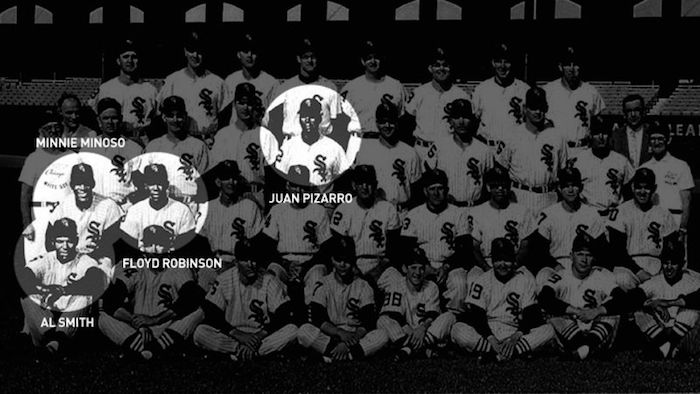 They are the proprietors of the DeSoto motel, the eight-unit establishment where the Negro members of the White Sox have been living during spring training.

Mr. and Mrs. Wachtel came to the rescue when President Bill Veeck and Secretary Ed Short of the Sox were desperately searching for suitable quarters to house the seven Negro players.

The Wachtels, bitterly opposed to any form of segregation or discrimination, volunteered to take in the rejected players.

They are paying a heavy social penalty and taking a daring risk for their benevolent and courageous stand against the deep-rooted bigotry which exists in this southern town of 45,000 people.

Scorned by their immediate neighbors as well as some civic leaders, the Wachtels are living a lonely and desolate life.

As soon as it was learned that the Wachtels had consented to accept the players, the proponents of segregation here launched an attack of harassment upon the kindly couple which has been relentless and frightening.

The motel is situated in the heart of a white neighborhood. It is a neat, rambling green and white construction located on route 301, the town’s main thoroughfare.

Ed Wachtel purchased the establishment when he moved here with his wife five years ago for $90,000. He was a prosperous realtor in New York before he came here to live what he expected to be a quiet life of retirement.

His decision to accept the Sox Negroes, however, has created great turmoil and probably has made him the most disliked individual in the community.

Scorned by their immediate neighbors as well as some civic leaders, the Wachtels are living a lonely and desolate life.

They are paying a heavy toll for advocating and practicing racial integration in a middle class neighborhood which has been tightly restricted previously.

However, the 60-year-old motel owner shrugs off the penalties which have been inflicted upon him and his wife with a benign indifference. He says:

“I accepted these young men in my motel because I do not believe in segregation. I am fighting it here in Sarasota in my own quiet way. I have created a lot of ill-will among people who once were my intimate friends, but that is the price a man must pay sometimes for doing what he believes is right.

“These ballplayers have been perfect gentlemen and I am honored to have them as tenants. There isn’t a neighbor around here who can point an accusing finger at them and say they have not lived an exemplary life since they moved into the motel six weeks ago.”

Those who have objected to the Negroes in the motel threatened Wachtel and his wife with bodily harm almost daily. He says:

“When it was first discovered that I was going to accept these players, people called us all hours of the day and night and demanded that I refuse them.

“They warned that if I didn’t, they would bomb us out. We received calls from men who said they were members of the Ku Klux Klan and that they were going to burn a fiery cross on my front lawn.

“There were calls from merchants who said they would refuse to serve me in their stores. All but one or two of my neighbors quit speaking to me. Naturally, my wife and I were frightened. I informed the sheriff of the bombing possibility and for the first two weeks they kept a close watch on the place.

“However, I think the community is beginning to accept the fact that this isn’t such a bad thing after all. I receive only one or two daily threats by telephone now, and the police no longer consider it necessary to guard the place around the clock.

“I think this has been a good thing for Sarasota. It has enlightened a lot of people and proven that integration can work. In fact, I understand that the owner of the Sarasota Terrace will accept all the White Sox players next spring, regardless of race.

“If that is true, then I am especially happy. I will feel that I have contributed something in my small way toward the betterment of mankind and helped to bring this community one step closer to real democracy.

“Not everyone here is opposed to what I am doing. The mayor, Ed Marabella, and most of the members of the chamber of commerce silently approve of the idea. In time, Sarasota will be a better city for it.”

Meantime, Mr. and Mrs. Wachtel are living a life of isolation. They are alone, chastised and tormented by hostile Sarasota citizens, but they are not yielding in their determination to make this a better community for all people, regardless of color.