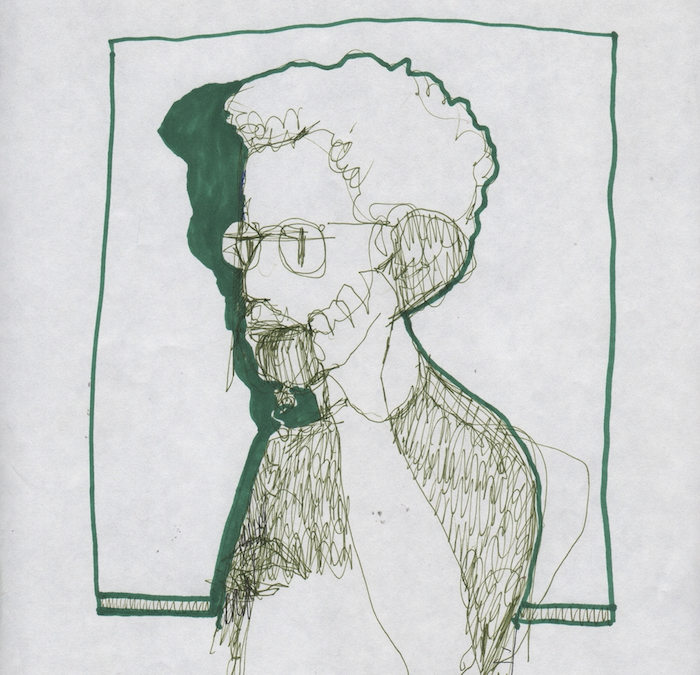 The Fan Who Wasn’t There

I worked for Joel and Ethan Coen for roughly one year, between the late summer of 1996 through the fall of 1997. I had been working as an apprentice film editor when I went to work for the guys, first as their personal assistant and later as an editing room assistant on their movie The Big Lebowski. We were in Manhattan, at their office for the first six weeks; in November we went out to Los Angeles, where Lebowski was shot on location. After the film was in the can, Joel and Ethan returned to New York to cut the film.

In October of 1996, when the Yankees won their first title since 1978, we were still in New York. Joel had no interest in the game at all, but Ethan seemed vaguely aware of what was happening. His wife Tricia, who was the co-editor of Lebowski, as well as the script supervisor, was the sports nut. We stood on line outside of the Yankee clubhouse on 5th Avenue to try to get World Serious tickets to no avail.

Ethan Coen’s favorite player on the Yankees was Kenny Rogers. “The Gambler” is just like some half-wit out of one of their movies—well-meaning but hapless. The worse Rogers performed for the Yankees, the more shit he got from the fans and the media, the more Ethan liked him. We used to call him “Kenny Everyman” ’cause Kenny kinda looked like he could be just about anybody.

Nowadays, Tricia is in a fantasy league, and Ethan likes to play the guitar. He yodels, too; in fact, one of the best parts of hanging out with the two of them is that they turned me on to Jimmie Rogers, Hank Williams, Webb Pierce, and George Jones. I’ve spoken with Trish several times recently about her league, and she’s taken to it like a bee to honey. Ethan and Joel were busy mixing the sound to their latest movie this spring, a big-budget studio comedy—a romantic comedy—fittingly titled Intolerable Cruelty. George Clooney and Catherine Zeta Jones star, and the film will be released in October.

I finally caught up with Ethan on the phone last week. But first, Tricia and I talked some baseball. She was indignant that Joe Torre had been starting Jason Giambi at DH when he performs better when he plays in the field. Ethan was picking a guitar in the background, noodling around.

I tried to reason with her, but she wasn’t having it, so she passed the phone to her husband, who momentarily stopped playing his axe. Ethan can be a man of few words. It’s not that he doesn’t like talking, it’s just that sometimes he’d rather not be bothered, especially when he’s dicking around on the guitar. Although both Joel and Ethan are definitely Jewish, and definitely New Yorkers, they are definitely not Jewish New Yorkers. There are a lot of meaningful silences; a lot of pregnant pauses that I assume are indigenous to the Midwest.

Here is an excerpt of our conversation.

Eth: I’m good. You know, I don’t have any thoughts on baseball, though. I quit following it.

“I quit being a baseball fan when the Yankees traded Mickey Rivers.”—Ethan Coen

Alex: Wow. That’s no good. Where did it all go wrong? Where did the love go? I mean didn’t you play as a kid?

Alex: Did you want to play as a kid?

Eth: I went to games as a kid.

Eth: Yeah, Zolio. You know. Harmon Killebrew. Rod Carew was with the Twins then. Tony Oliva.

Alex: Did you like baseball movies as a kid?

Alex: Has there ever been a good baseball movie?

Alex: Most of them bite. Field of Dreams was painful. The Natural sucked.

Alex: You guys would make a good baseball movie.

Alex: Well, that was a great interview man.

Eth: You know what you can put down? You can say that I quit being a baseball fan when the Yankees traded Mickey Rivers.

Alex: What the—? [Laughs.] What the hell kind of thing is that to say? What about your boy, Kenny Rogers?

Eth: Is he still playing?

Alex: Yeah, he’s still playing. He plays on your hometown goddamn team for crying out loud. He’s on the Twins.

Alex: Mr. Square Jaw himself. Kenny Everyman is as good as he ever was and he’s even funnier now ’cause he’s older and more mulish than ever.

Eth: Yeah, I should see the Twins the days that he pitches.

Alex: The best thing that guy ever did on the Yankees was when they had the World Series parade, and after stinking up the joint all year long, he was up on top of the float hooping and hollering louder than anyone.

Eth: Yeah, I quit being a fan when the Yankees traded him.

Well, there you have it: Ethan Coen is not a baseball fan. But that doesn’t prevent him from making good movies or giving one hell of an interview.

P.S. Joel and Ethan left for Los Angeles last week to begin their next show, a remake of the old Alec Guiness comedy The Lady Killers, which stars Tom Hanks and, according to Joel, “You know, well, a whole lot of other people.”