The Seductions of MTV 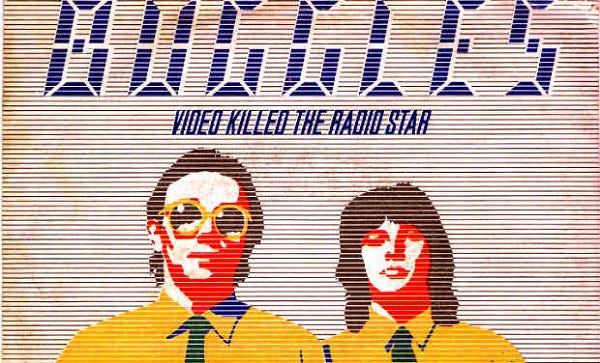 Most of my friends can be seduced by a tedium of journalists gnawing over the week’s news or by the exquisite boredom of Brideshead Revisited, but my television tastes run to junk. Family Feud, Entertainment Tonight, that sort of thing. I am here to tell you that, right now, absolutely the most exalted junk to be found on the box is Music Television.

The judgment is not offered lightly or pejoratively. Into each life, a little trash must fall, undemanding, even mindless balm for overworked synapses. A person can’t spend every minute of the day wallowing in Schopenhauer.

For those of you who have yet to know the blessings of cable, Music Television, known to its friends as MTV, plays video tapes of performing rock groups. It plays them twenty-four hours a day. But forty-five minutes of watching probably meets the average adult minimum daily requirement.

The offerings are three-and-a-half-minute, single-song tapes, some of them merely exhibiting a group in concert performance, which are all right, but they’re not the real magic. The fascinating show bits are what the purveyors call “concept” videos illustrating the songs—sort of. Most of them, certainly the best of them, are stylish flashes of images, fragments of action that may or may not suggest an idea, an emotion, an event. The children of Magritte are making little movies: after a time, you begin asking yourself whether we are seeing the birth of narrative as we know it.

My favorites teem with effects: flickering lights, brilliant sunsets, a dazzle of costume changes, screens split in two or even more exotic fractions. MTV loves the color red, for passion, I suppose. It loves mounds of mist, skeletons, jungle settings, and gyrating rear ends. Superimposed images are big; so are orange flames and gadgets. You have the feeling you’re seeing a whole new generation of makers using the old movie vocabulary before going on to invent a new one; images and techniques borrowed from Bergman, Visconti and Busby Berkley fly by.

The results are silly, pretentious, weird and fun, like eavesdropping on play-acting children in unselfconscious parody of adult behavior. MTV is two years old and, according to Warner Amex, which fathered it, entertains a growing audience that will number fifteen and a half million this month. It has yet to make a profit, but the Warner people keep saying that the break-even point is just around the corner. I can’t understand the lag. After a week of watching, I was ready to run out and buy Milky Ways and advanced-formula Clearasil by the gross.

Picture this: Two silvery child-size creatures from outer space peer through a window watching Jackson Browne, who is watching television. The picture on the screen shows a young man in a business suit perched on top of a half-submerged car, paddling the vehicle in a lake by the light of an immense moon, a scene we see again reflected in Browne’s eye. The song is Browne’s hit “Lawyers in Love.” Cut to three TV newscasters who are giving Browne bad news. Cut to a plane from which a brigade of conservatively suited men and women toting lawyers’ attaché cases disembark. They seem to be in Hawaii; from the lettering on the buildings, Hawaii seems to be Russian. The lawyers quickstep into a military drill, drumming their attaché cases, and then do a stately little pavane. Fadeout.

I won’t go into the really complicated stuff. Anyway, the appeal of MTV is not really the message, but the speed and variety of the imagery. If one piece of illustrated music lumbers by loaded with enough symbolism to sink an early Buñuel movie, the next one may float along on a cloud of dopey cheer. An occasional performance resembles soft drink commercials, that special strain of new American romanticism where no one is old, fat, broke, unhappy or black.

This is hardly surprising, since commercial directors, the most gifted creators in the business of visuals, also do rock tapes. They are in the appetite game, feeding fantasies, some of them, I hope, less universal than others. Aerosmith’s “Lightning Strikes” delivers 210 seconds of rage, the elements including a youth gang in black leather, armed with chains, lead pipes and baseball bats; a street battle; an eerily gorgeous finale of exploding cantaloupes, presumably representing human heads. If you need a different kind of hostility, wait for the newly risen star, Prince, who sings “Little Red Corvette” as if he hated the song, the business and the audience. 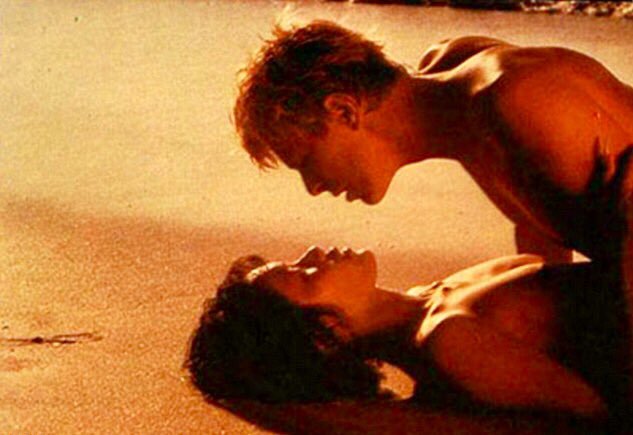 Bowie, with his sly, laid-back delivery, his mild eyes and his beautifully tinted blonde hair, is an interesting specimen of the sexually ambivalent male, interesting because, to the uninitiated, the image is sexually non-threatening. In fact, I am repeatedly struck by how often the parade of rock music personae resembles a modern urban street where, at a glance, some of the boys might be girls and the girls could easily be taken for boys. In the world of MTV and rock, I have discovered, androgyny reigns. Whoever said junk television can’t teach you anything?