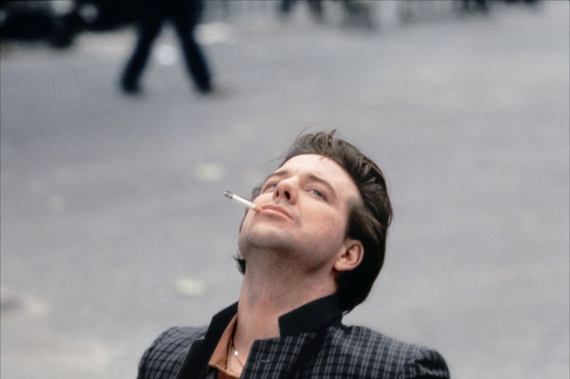 Of late, whenever one encounters an urbanbased novel, especially one set in Manhattan (or worse yet, in Greenwich Village), it’s odds on to be a claustrophobic affair; the activity is usually limited to treks to Bloomingdale’s and smart bistros and the inner isometrics of pumping ego.

There have been distinguished exceptions in recent novels about urban life: George V. Higgins’s evocation of Boston’s North End in A Year or So With Edgar, Mary Gordon’s portrait, in Final Payments, of parochial life in Queens and John Gregory Dunne’s Los Angeles Irish in True Confessions. These fine writers have taken us outside the halls of Woody Allen’s narcissistic Manhattan, which is really not a geographical locale at all but an interior landscape.

In his first novel, Vincent Patrick, like the writers noted above, mines territory rarely encountered in fiction and, in the vernacular of his tough, street‐wise characters, delivers a sweetheart of a book.

Mr. Patrick’s people are Charlie Moran, the night manager of a Village saloon‐restaurant, his flaky cousin Paulie, who is a waiter in the same establishment, and Barney, a middle‐aged locksmith from the Bronx. The connective thread is the sad state of their lives, their disenchantment and the curse of being dreamers. 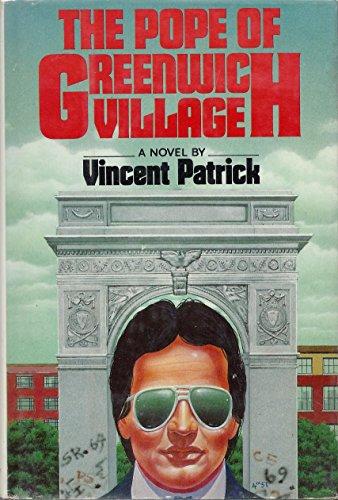 Charlie is at a crossroads in his life—in his mid 30’s, he’s going nowhere but down. He drinks whisky too fast, bets on horses that are too slow, and lives with a woman who is yearning for a security blanket. Barney, who once served time, has a retarded son on his hands who will have to be shepherded through life. Paulie dreams of having “class”: he tips tollbooth attendants, his personal anthem is Frank Sinatra’s “My Way,” and he has a part‐interest in a horse (a “turrow bed”) of dubious parentage.

Charlie and Barney are the “realistic” duo in the partnership. Barney merely wants to fulfill his role as a father, and Charlie dreams of running “a nice restaurant in New England.” (This is a perfect sociological touch, since the concrete‐committed of the world are addicted to pastoral reverie. Pugs are forever talking of retiring to an onion farm or some such.)

Since all three of them move in a “wise‐guy” world, the way out is crime—nothing grandiose, a small score, Charlie and Barney know their limitations. But it is Paulie who comes up with a plan: a safe to crack. What he neglects to tell his partners is that the safe contains mob money. Of course, the consequence that the three men get in over their heads. Through Paulie’s foolish conniving, Charlie and Barney have over‐vaulted their modest dreams.

It is Mr. Patrick’s subtlety as a writer that saves Paulie from seeming a buffoon. As we read on, we come to realize that Charlie and Barney would be moribund without the madness of Paulie. They have already accepted their fate as small‐lime losers; they are defeated. The bizarre Paulie, like Lear’s fool, reintroduces majesty to their lives.

The strength of this novel is the author’s ear for dialogue, talk so good that it evokes the clink of glasses, the dead hours of early morning, the smoke in the air and the strains of the jukebox. Also, there are his apt social observations. Black pimps order “Coo vosay and Coca‐Cola.” A father compares his wayward son to his “successful” nephew: “Look at Nicky. He’s only three, four years older than you, he’s got two kids, little house on Staten Island, he trades in an Olds Ninety‐Eight every two years, and he’s sitting in a soft job with the butchers’ union.”

Then there is this wonderful passage, which turns prejudice topsy‐turvy, when Paulie suggests to his father that he go to a Catholic hospital for an operation. The old man replies: “Paulie, let me tell you something you shouldn’t forget. You want to eat good, hang out with Italians. For doctors, go to Jews. For surgeons especially. They don’t really believe in God. Not the same way we do. Somebody’s going to stretch you out on a table and slice you like a leg of veal, you don’t want some oldtime greaseball who believes it’s really in God’s hands. You die, they’ll say it was God’s will. The nuns are worse. They’ll say a rosary over you instead of running for a tank of oxygen. The Jews keep working.”

The coarseness of Mr. Patrick’s characters should not move readers to look askance. In his book about Muhammad Ali, Wilfrid Sheed said he always takes another man’s poetry seriously. The same aesthetic approach should be applied to other people’s dreams, no matter how they seem initially. It should be remembered that if we take our most romantic novel and chip away Fitzgerald’s filigreed prose, we find the girl was golden, her voice was full of money, and it wasn’t accidental that the light on the end of the dock was green. Mr. Patrick is not working the shabby side of the street here; he is portraying the main line of America.