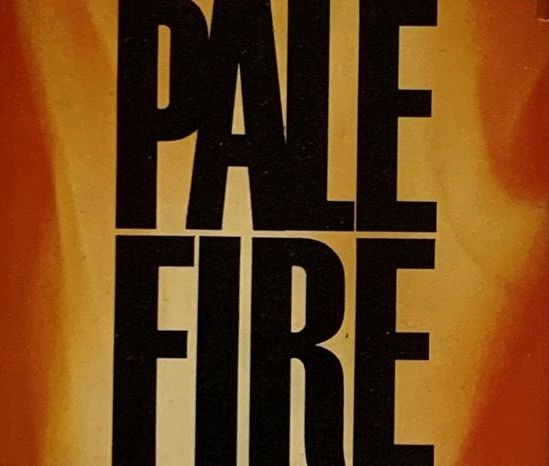 At the end of the last century there were plenty of “Best of the Century” lists and one that was most entertaining was Ron Rosenbaum’s 1999 column for The New York Observer in which he argued that Pale Fire by Vladimir Nabokov was indeed the finest novel of the 20th century:

Nabokov, Mr. Boyd reminds us, once called Hamlet “the greatest miracle in literature.” What makes Pale Fire Novel of the Century is that it, almost alone, has that absolutely miraculous “bolt from the blue” quality. Pale Fire is as startling, as stunning, as life-changing as the sudden heart-stopping appearance of a real ghost. And the real ghost that inspires Pale Fire from beyond the grave, the real shade that haunts its reflected sky is not Hazel Shade’s, but Shakespeare’s Hamlet.

More than a decade later, Rosenbaum revisited Pale Fire and Nabokov in an illuminating essay for Slate:

You know the line: “Just when I thought I was out, they pull me back in.” It’s Pacino, complaining about the mob in Godfather III (or maybe about the Hollywood culture that got him to do the much-derided second sequel). Here I’m talking about the world of Nabokov controversies. Some pretty rough characters in that mob, too. You don’t want to get on the Don’s bad side.

This is really tasty stuff from Rosenbaum, as always. Not only does he write terrific long investigative pieces but he is also an engaging and smart critic as well.