… Thomas Pynchon on the Run … 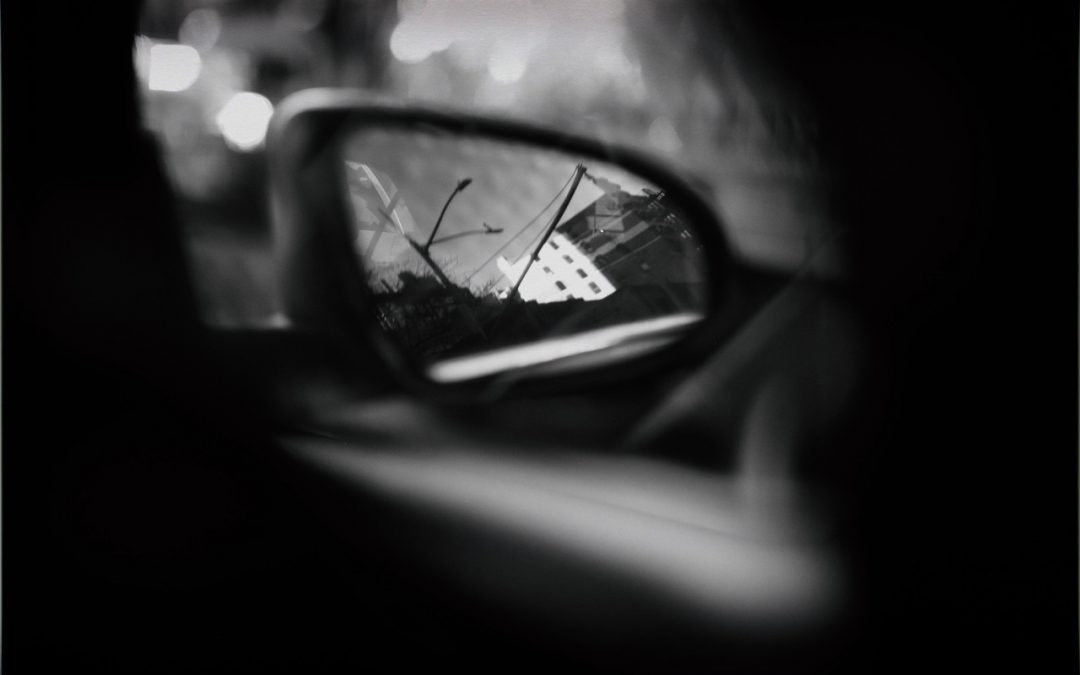 Picture this: your dinner guest is Thomas Pynchon, the writer much of scholarly America considers our best living novelist. He is also a tantalizingly shadowy figure; a generation of fervent readers has fantasized meeting him, and legions of journalists yearn to interview him. So what will he talk about? He may talk of movies, about which, as any attentive student would know, he has a lifetime hoard of memories. He may talk, knowledgeably, about baseball. He will talk about himself, wittily and artfully, without allowing intimacy to seep into the conversation. If he is camping in your house for a spell, he may quarrel with your preschool child about the television shows they will watch; his tastes run to the sort of junk embraced by any addict committed to pop culture.

Here we have, if not a 3-D portrait, a slightly fuzzy outline of Pynchon, author of V., The Crying of Lot 49 and Gravity’s Rainbow, a man widely thought to rival J. D. Salinger in reclusiveness. The fact is that any prominent person who will not confront the media is apt to suffer the label of recluse. Pynchon has never delivered himself into the hands of the working press, has not been photographed for publication since his yearbook days, and lets his friends know that talking about him publicly amounts to betrayal.

But if Howard Hughes, squirreled away in a hotel with a ten-year growth of toenails, is the modern avatar of invisibility, Pynchon hardly qualifies. He has been seen; he gets around; he enjoys the company of women; he has phone pals, better than pen pals, distanced as they are by long lines.

I’m telling you this because your neighborhood bookstore should have on hand the first Pynchon since Gravity’s Rainbow, that immense, dense, apocalyptic vision of the world at war, which was published in 1973, and because this new book is certain to result in a fresh set of ruminations about his so-called solitary state.

The book, Slow Learner, is not a new work, but a collection of five early stories, four written while he was still at Cornell University, all viewed with disarming deprecation by their author. For years, the stories have been turning up in unauthorized pamphlet editions, and, apparently weary of the piracy, Pynchon agreed to their publication. When the book was offered around the trade last year, it carried a Rolls-Royce price tag. Pynchon does not customarily nest on best-seller lists, but he is a campus perennial in paperback and a quality-lit ornament in any publishing house. Even so, there scattered gasps of surprise at the report that Little Brown had paid a lavish $150,000 for it.

The collection is no Dubliners, the reference that comes to mind because Rainbow was greeted as an event akin to the publication of James Joyce’s Ulysses, but it is a fascinating display of the feeling for style and imagined event this greatly talented, intelligent man had by the time he was twenty-one. The stories are flabby and only marginally interesting. Maybe Pynchon’s obsessions were not fully focused; the fiction reads like the work of a man who has yet to learn how to express what is flickering dangerously at the edge of his consciousness.

For the Pynchon cultist, the real treat is his introduction, the first autobiographical notes ever to flow from his hands into print. It is relaxed and charming and sometimes alarmingly cute, an excess to be found in his fiction on occasion. Nearing his forty-seventh birthday, Pynchon talks of the fumbling writer he was, of the sources for the stories, of the music and writings that influenced him.

There is enough material to keep the Pynchon academic industry busy for years. His following is small but choice. Several hundred persons subscribe to Pynchon Notes, which appears thrice yearly and is devoted to the kind of close-grained exegesis that will sap the vitality of any piece of serious fiction. A single-author journal, it should be noted, is an honor that doesn’t usually come to a writer until he has ceased to breathe.

It has been said that he is excruciatingly shy, a view totally unsupported by anyone who has known him.

What can be gathered personally about Pynchon from those who have shared his company is that he is a restless, rootless man who lives, as unencumbered as possible, from place to place and coast to coast in burrowed or sublet quarters. He seems to walk in and out of people’s lives as if they were rest stops on a transcontinental highway, suddenly disappearing after long acquaintance, never to be heard from again. There is no way to drop a note asking, “Tom, are you all right?” because no one has an address.

He is good company and a fairly accomplished cook, tending toward vegetarianism. He cuts his own hair, skillfully. His friends are expected to honor his lust for anonymity, introducing him to their friends by whatever fake name he is using. The aliases, incidentally, are commonplace, nothing like the gaudy labels—Benny Profane, Tyrone Slothrop—attached to his fictional characters.

It has been said that he is excruciatingly shy, a view totally unsupported by anyone who has known him. When Irving Goodman, former head of Viking, which published Rainbow, met Pynchon for lunch late last spring, he was surprised by the “ease and comfort” of the encounter. Arranging the date was not simple. “I never had a way to call him,” Goodman said. “He had been traveling—I don’t know where—and was in New York for about two weeks.”

They lunched at an unfashionable, empty restaurant where Goodman was sure he would meet no one in publishing. It was a hot day. Pynchon was neatly dressed in jeans and sports shirt. He is a tall man, over six feet, lean in Goodman’s eyes but “sturdily built” in another man’s memory. He has black hair going gray and a substantial mustache.

Years earlier, Pynchon’s agent, Candida Donadio, had negotiated a two-book deal with Viking, reportedly for $1 million. He had a new agent, Melanie Jackson, a young woman who had worked in the Donadio office and departed with a prize client, and Pynchon was asking to have the contract altered to one book.

Goodman mainly wanted to know why. Pynchon, he recalls, explained that the two-book contract had been his idea but weighed heavily on him. “I had to worry about the other one while I was doing this one, and I’m not good at that,” he told the publisher. It has been a decade since Rainbow, and Goodman naturally inquired about progress on the new novel. The author said he was “closer to the end than the beginning.”

That’s more than Pynchon will usually report on his work. His former editor, Corlies M. Smith, editorial director of Ticknor & Fields, encountered Pynchon’s fiction when he was at Lippincott and co-editing its periodical New World Writing. About 1959, for its sixteenth issue, he bought “Low-lands,” a Pynchon story that attracted a lot of attention in publishing. The piece carried a biographical note that the author came from Long Island and had attended Cornell; Smith was told that in the future the author would appreciate the omission of such personal details.

Soon after Smith took “Low-lands,” Donadio asked if Lippincott would be willing to pay her author $500 as a “blind” advance on a $1,500 price for his first novel, whatever it might be. Pynchon, Smith was told, needed the money to get to Seattle, where he had a job waiting at Boeing for a technical writer. A year or so later, on a scouting trip to the West, the editor met Pynchon for the first time. “We talked about Seattle. I knew no more about the book than before.”

In good time, the manuscript of V. arrived, the kind of special event an editor remembers forever. “It was simply astonishing. The guy was twenty-five years old and he had written a book of enormous maturity and knowledge.” Smith suggested a half-dozen minor changes; Pynchon, “extremely reasonable,” listened and agreed to three.

Having moved to Viking, Smith missed out on Pynchon’s next novel, which appeared in 1966. But Pynchon wanted his opinion on Lot 49, and Smith was unsparing. “I wrote saying I was a little disappointed. Perhaps I was spoiled. It was a conventional novel and I was looking for more than that. He wrote back and said he was inclined to agree.” Candor’s reward was Gravity’s Rainbow, which came to Smith. It won the 1973 National Book Award for fiction, but Pynchon does not accept awards, even through surrogates.

Efforts to explain Pynchon’s invisibility have ranged from the mundane to the fanciful. During the height of speculation a half-dozen years ago, one writer proposed that he was really J.D. Salinger. This theory never took hold. Smith believes that Pynchon’s aversion to public attention is founded solely on the conviction that “the work is what counts and it should stand on its own.” The more esoteric view held in some quarters is that a man who writes out of the kind of vividly paranoid sensibility to be found in Pynchon’s fiction must surely carry a heavy burden of that fierce distrust into everyday life. Then, of course, there is the simple theory that by remaining anonymous, Thomas Pynchon has never had to put up with every passing stranger demanding of him, “Where do you get your ideas for your books?”