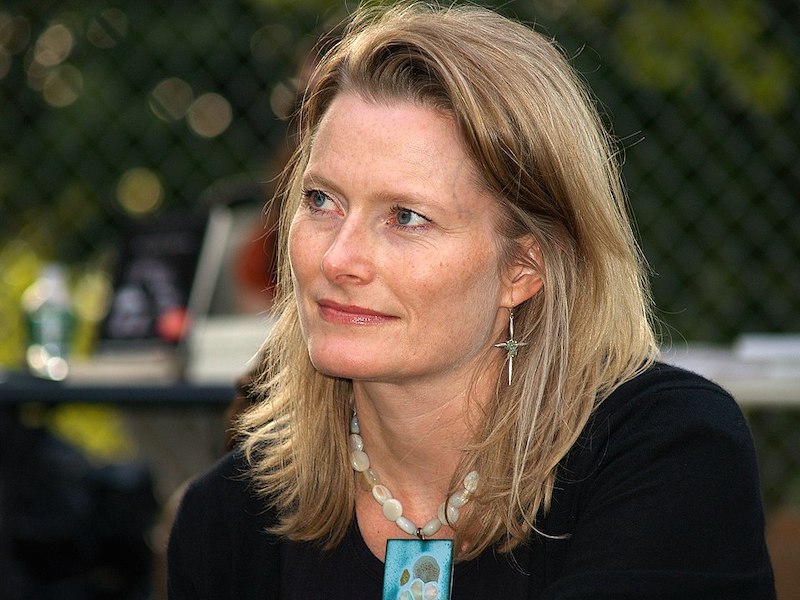 If you’re like me, you tend to regard plot summaries as a necessary boredom at best. They’re the flyover country between a reviewer’s landing strips of judgment, revealing almost nothing about the way a book actually works, almost nothing about why it succeeds or fails. If plot were the crucial measure, there’d be no difference between a story about the fish that got away and Moby Dick. Reading such summaries (or writing them) is usually as beguiling as listening to some addled fan of  “Lost”  explain what happened on that botched rune of a show.

At least this is how I felt until I read Jennifer Egan’s remarkable new fiction, A Visit From the Goon Squad. Whether it is a novel or a collection of linked stories is a matter for the literary accountants to tote up in their ledgers of the inconsequential. What’s actually kind of fun for once, however, is attempting to summarize the action of a narrative that feels as freely flung as a bag of trash down a country gully. That’s because to do so captures Egan’s essential challenge to herself: How wide a circumference can she achieve in A Visit From the Goon Squad while still maintaining any sort of coherence and momentum? How loosely can she braid the skein of connections and still have something that hangs together?

There is a madness to her method. She hands off the narrative from one protagonist to another in a wild relay race that will end with the same characters with which it begins while dispensing with them for years at a time. The book starts with Sasha, a kleptomaniac, who works for Bennie, a record executive, who is a protégé of Lou who seduced Jocelyn who was loved by Scotty who played guitar for the Flaming Dildos, a San Francisco punk band for which Bennie once played bass guitar (none too well), before marrying Stephanie who is charged with trying to resurrect the career of the bloated rock legend Bosco who grants the sole rights for covering his farewell “suicide tour” to Stephanie’s brother, Jules Jones, a celebrity journalist who attempted to rape the starlet Kitty Jackson, who one day will be forced to take a job from Stephanie’s publicity mentor, La Doll, who is trying to soften the image of a genocidal tyrant because her career collapsed in spectacular fashion around the same time that Sasha in the years before going to work for Bennie was perhaps working as a prostitute in Naples where she was discovered by her Uncle Ted who was on holiday from a bad marriage, and while not much more will be heard from him, Sasha will come to New York and attend N.Y.U. and work for Bennie before disappearing into the desert to sculpture and raise a family with her college boyfriend, Drew, while Bennie, assisted by Alex, a former date of Sasha’s from whom she lifted a wallet, soldiers on in New York, producing musicians (including the rediscovered guitarist Scotty) as the artistic world changes around him with the vertiginous speed of Moore’s Law.

Egan possesses a satirist’s eye and a romance novelist’s heart.

All of the above takes place in 13 chapters covering 40 years or so, ranging backward and forward across time, each composed from a different point of view, which means 13 different centers, 13 different peripheries. And yet everything hangs together, connected by a tone of simmering regret arising from love’s wreckage and time’s relentless devouring.

Is there anything Egan can’t do in this mash-up of forms? Write successfully in the second person? Check. Parody celebrity journalism and David Foster Wallace at the same time? Check. Make a moving narrative out of a PowerPoint presentation? Check. Write about a cokehead music producer who demands oral sex from his teenage girlfriend during her friends’ band’s performance? Check. Narrate another chapter from the perspective of the above girlfriend’s best friend, standing at the same performance on the other side of said producer? Check. Compose a futuristic vision of New York? Check.

Although shredded with loss, A Visit From the Goon Squad is often darkly, rippingly funny. Egan possesses a satirist’s eye and a romance novelist’s heart. Certainly the targets are plentiful in rock ’n’ roll and public relations, the twinned cultural industries around which the book coalesces during the period from the early ’80s to an imagined 2019 or so. No one is beyond the pale of her affection; no one is spared lampooning. Often she embraces and spears her subjects at the same time. Moved to ecstasy by the singing from a convent, Bennie signs the nuns to a record contract, only to blow the deal when, in a moment of boyish enthusiasm, he kisses the mother superior flush on the lips. This is one of many “shame memories” he is dredging up.

Egan’s depiction of Jules, the celebrity journalist, embodies her sophisticated sympathy. Such types are normally easy prey for fiction writers, cheap signifiers of corruption. But Egan understands that the manufacture of image in the modern world is as routine as the assembly of Model T’s in the old industrial economy. Which is to say it’s done by regular people like you and me, not villains but folks just trying to get by. Here she parodies not only the celebrity profile Jules writes but his effort to break away from a hackneyed genre and compose an original piece. It’s probably the only such profile where (a) the author is writing from jail and (b) he confesses to the attempted rape of his subject. Jules is stymied, however, when the starlet under scrutiny stabs him with a miniature Swiss Army knife as they roll around on the lawn in Central Park. “I think I’d have to call that the end of our lunch,” he concedes.

Likewise, Egan writes with pointed affection for the disgraced P.R. executive La Doll, who, desperately in need of work, starts freelancing for a genocidal general in the tropics. First she tries to soften his image by dressing him in teal blue caps with fuzzy flaps; then she enlists the actress victimized in Central Park, also down on her luck, in a scheme to fawn over the general and make him smile, revealing an unseen tender side. The actress embraces the general and then, showing more spine than expected, berates him in front of his men. “Do you eat them?” she asks the dictator about his victims. “Or do you leave them out so the vultures can do it?” Is this a photo-op or what?

Hanging over Egan’s book is a sense that human culture is changing at such warp speed that memory itself must adapt to keep pace.

In such a world, the children have to grow up fast. Where J.D. Salinger’s kids are all precocious little Zen masters, too innocent for the treacherous adult world, Egan’s are cold-eyed observers of their parents’ deficiencies, judging grown-ups with the severity of a kangaroo court. Of La Doll’s daughter, passing through military checkpoints, Egan writes: “She met the eyes of the machine-gun holders with the same even look she must have used to stare down the many girls who had tried in vain, over the years, to unseat her.”

For a book so relentlessly savvy about the digital age and its effect on how we experience time (speeded up, herky-jerky, instantaneous, but also full of unbearable gaps and pauses), A Visit From the Goon Squad is remarkably old-fashioned in its obsession with time’s effects on characters, that preoccupation of those doorstop 19th-century novels. Hanging over Egan’s book is a sense that human culture is changing at such warp speed that memory itself must adapt to keep pace.

The last chapter, which literalizes this sense perhaps a little too much, depicts a futuristic New York, in which babies signal their consumer choices with handsets and audiences are manipulated by selected enthusiasts known as “parrots.” Here Egan attempts to bring a centrifugal narrative full circle, which, given the entropic exhilarations on display, isn’t really in keeping with the story’s nature. But this is perhaps the only shortcoming (and a small one at that) in a fiction that appropriately for its musical obsessions, is otherwise pitch perfect.