The Essential Ron Rosenbaum: Part One 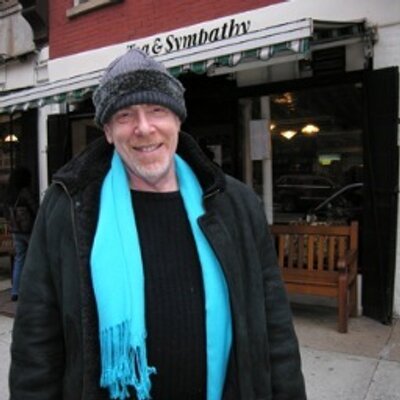 Ron Rosenbaum is in the pantheon of great non-fiction writers alongside Wolfe, Didion, Trillin, Talese, and Thompson. He’s been a newspaper columnist, a virtuoso magazine feature and profile writer, and author of acclaimed non-fiction books such as Explaining Hitler and The Shakespeare Wars. He is an intrepid investigative reporter, an intellectual minus the pretension, and a good-old fashioned storyteller, an enviable combination. For decades now, in publications like the Village Voice, Esquire, Harper’s, The New Yorker, Vanity Fair, The New York Times Magazine, The New York Observer, Slate, and Smithsonian (to name but a few), he’s been one of the most prolific, versatile, and consistently entertaining writers in this country. When he’s good—which is just about always—there are few better.

So you can imagine how thrilled I am that Ron has generously allowed us to host some of his finest work here at The Stacks Reader—the first tranche of which you can find below.

For those of you unfamiliar with Ron’s history, check out the Q&A I did with him a few years back—where he discusses his undergraduate years at Yale (Phi Beta Kappa in English Literature) and his early professional days at the Voice and Esquire. It was at the Voice, according to Kevin Michael McAuliffe’s 1978 history, The Great American Newspaper, that Rosenbaum turned heads as a breakaway talent: “His contemporaries were amazed at him, in more ways than one. He could write fast, and long, driving himself to stay awake for extended periods of time to finish something, and with such seemingly easy force, that they were dazzled by him.”

As you’ll soon discover, Rosenbaum has written everything from weekly columns (he was The New York Observer’s legendary “Edgy Enthusiast”) to sprawling true crime features, pop culture critiques (his wicked Billy Joel takedown was once recommended to me by a friend as the greatest thing on the Internet), to meditations on figures as disparate as Hannah Arendt and Jack Nicholson. But he is most famous for his in-depth investigative features. Erroll Morris, in the foreword to Secret Parts of Fortune—the most recent of Rosenbaum’s four volumes of collected essays and journalism—put it best:

Ron Rosenbaum is one of the great masters of the metaphysical detective story, a nonfiction writer the spirit of Borges, Nabokov, and Poe. Like Poe, he can take a tabloid story and turn it into a profound and nightmarish art.

The central feature of Ron’s grand scheme, his master plan, is to squelch grand schemes and master plans, to defeat our national human tendency to retreat into easy answers and bogus explanations.

And so, for Ron, truth exists and must be sought after, even if it sometimes can’t be known with certainty.

… Here is Ron at his best. It is his version of Pandora’s box: Is the hope at the bottom of the box a good thing or a bad thing? It is that admixture of principled hopefulness and intense skepticism that characterizes what he does.

In Robert Boynton’s essential 2005 collection of interviews, The New New Journalism, Rosenbaum said,“I struggle so hard to figure things out—and find so many questions unanswerable—that I’m allergic to people who overstate their claims of certitude. I resent—and am fascinated by—people’s overconfidence in their theories, whether they are about the Kennedy assassination, about the spy Kim Philby, about what made Hitler tick. Time after time, I’d find each debate dominated by people who were convinced of their own truth, when in fact there were a half-dozen conflicting truths. So I like to investigate the factual basis for their confidence, and then try to see what the agendas behind these theories are. Those are the kinds of subjects I’m attracted to.”

And yet, as Rosenbaum writes in the Introduction to Travels with Dr. Death, many of these stories “take the form of investigations of investigations. Very few of them are devoid of supposition, theorizing, speculation. I’ll concede there is more uncertainty in these stories than I’d like … I prefer questions answered, doubts erased. I grew up reading Hardy Boy Detective Mysteries by the cartonful, longing to leave the uneventful suburb of my childhood, to have adventures and solve mysteries. Which is what I thought a life in journalism would be about.

“Instead, while I found myself having more than my fill of adventures, the mysteries I was most attracted to rarely got solved in the old-fashioned sense, in part because the question at issue was often not ‘Who killed John?’ but ‘Who was John?’ or ‘Why did John kill himself?’

“I’d find myself entering into clandestine subcultures, immersed in esoteric controversies where the Hardy Boy mysteries were less useful as guidebooks than Pynchon’s Crying of Lot for 49, Polanski’s Chinatown.”

“Other writers drown in such subjects,” notes Thomas Powers, “Rosenbaum turns them into a kind of poetry of doubt … [he is] one of the few distinctive voices in modern American literary journalism.”

With this as an introduction, dig into our rich sampling of Rosenbaum’s non-fiction. This is just for starters—each time we add more of his pieces to The Stacks, we’ll update it here as well.

“The Last Secrets of Skull and Bones” (Esquire: September, 1977)

“The Method and Mystique of Jack Nicholson” (The New York Times Magazine: July 13, 1986)

“Dylan Brings it Home: Memoir is a Ballad to the Beat Village” (The New York Observer: October 14, 2004)

Explaining Hitler: The Search for the Origins of His Evil

How the End Begins: The Road to a Nuclear World War III

Rebirth of the Salesman: Tales of the Song and Dance 70’s

Travels with Dr. Death and Other Unusual Investigations

The Secret Parts of Fortune